Facebook conducted a secret study of 700,000 users back in 2012 according to a research paper released by the Proceedings of the National Academy of Science (PNAS) journal.

The study took place during the 11th-18th of January 2012 and involved “Secretly manipulated” news feeds. According to the research paper Facebook engineers adjusted the emotional content of the 700,000 users’ posts to see if “Emotional states can be transferred to others via emotional contagion, leading people to experience the same emotions without their awareness.” 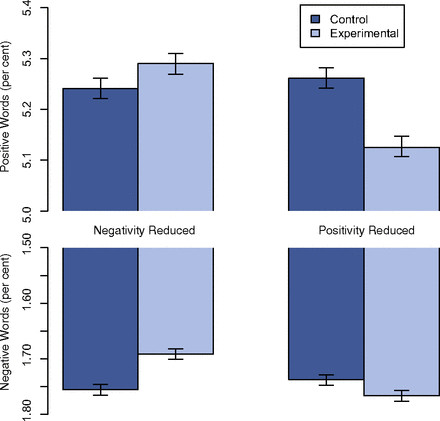 The results of the research basically showed that when Facebook reduced users positive expressions, users posted far fewer positive posts and increased their negativity, while the opposite was true when negative posts were adjusted.

The PNAS research said that “These results indicate that emotions expressed by others on Facebook influence our own emotions, constituting experimental evidence for massive-scale contagion via social networks,”

Despite the experiment taking place without users’ knowledge, it didn’t breach Facebook’s terms of service and usage. The company also say that during the research users Facebook posts were not “Visibily modified” and that they can be viewed properly on a Facebook profile and it was only the news feed which was manipulated.

Source: PNAS, Proceedings of the National Academy of Sciences