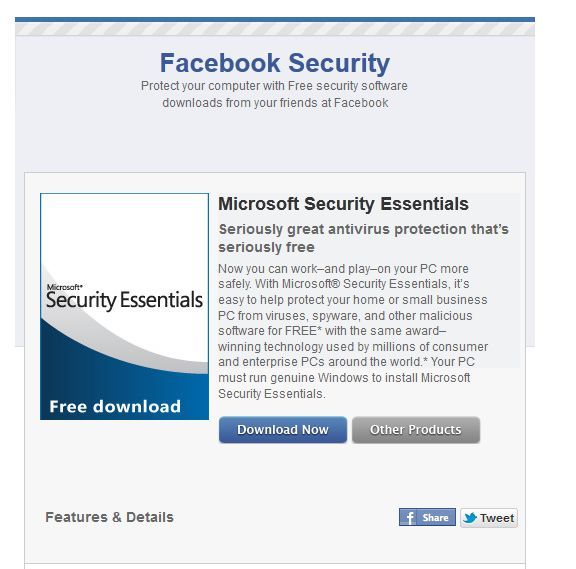 With Facebook's digital population now at over 900 million monthly users and counting, there are certainly some concerns that hackers or malware could find their way to a person's PC via Facebook. Today, the social networking service announced a new agreement with a number of anti-virus companies to offer free versions of their software along with some other security efforts.

That list of software includes Microsoft Security Essentials, which is already completely free and just got updated to a 4.0 version. Other companies involved in Facebook's Antivirus Marketplace include McAfee, TrendMicro, Sophos, and Symantec. All of them will offer versions of their software with six month free trials.

Our URL blacklist system, which scans trillions of clicks per day, will now incorporate the malicious URL databases from these security companies to augment our existing level of protection. This means that whenever you click a link on our site, you benefit not just from Facebook’s existing protections, but the ongoing vigilance of the world’s leading corporations involved in computer security. At the moment, less than 4% of content shared is spam (compared to nearly 90% of email) and we are looking forward to making even more progress in the future.