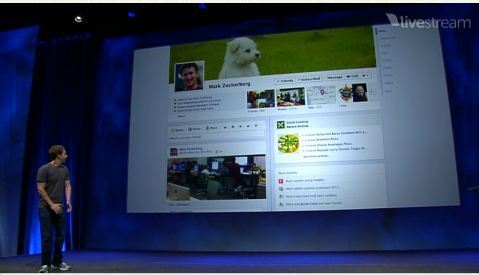 Back in September, Facebook introduced the world to Timeline. The concept was that everyone with a Facebook account would be able to see a kind of chronological history of their major news items and events that appeared on their account. The feature was made available to developers to check out but nearly three months later Timeline has yet to be fully launched.

AlllThingsD.com asked Facebook about the delay and a spokesperson told them, "We wanted to let developers build on the platform and to give users more time to get used to the idea of change coming." There's no word on when Timeline will actually launch to the public.

The Timeline delay also applies to Open Graph, a set of developer tools that Facebook also announced back in September that would allow access to applications that would link to a person's Timeline account. The story states developers have now been told that the launch of both Timeline and Open Graph have been pushed back to sometime in January.

Why the delays? The article uses unnamed sources to state that Facebook is trying to make Timeline faster and to make it work with mobile versions of the service. There's also speculation that the beta testing with the developers version has yielded some mixed results. Finally there's the little matter of a lawsuit filed against Facebook by Timelines, a historical themed web site that claims Facebook is violating its copyrights.