Today, some users were reporting that Facebook was down while others are reporting itermittent issues, but it appears to be widespread. The company keeps track of API errors and slow load times of the developer website and those have almost tripled for around ten minutes. This then trailed off as the site began responding again. 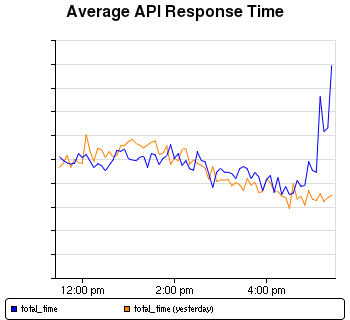 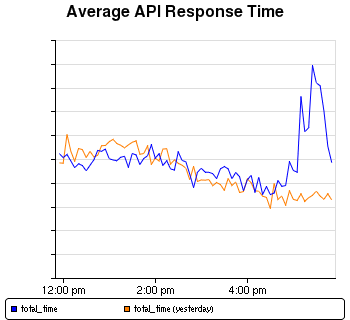 It appears the issues only affected users in particular countries, as Facebook's servers are distributed around the world making a DDOS attack hard to execute. Downforeveryoneorjustme.com reports that Facebook is "down" at time of writing.

AnonSec has claimed responsiblity for the issues, citing a DDOS attack underway. Anonymous had an attack planned for January 28, making this attack 3 days ahead of schedule. It appears it could have been a test, as the group tweeted shortly after that users were "free to play Farmville and Mobwars" again.

Does this mean that the attack on January 28 could become a reality? Maybe. It's also a possiblity that Facebook was just having trouble with one of their nodes and Anonymous is trying to scare their userbase into thinking the attack really could happen.

We'll find out in just three days if it's true, though. Facebook is available again now, however it's still slightly slow. Feel free to resume your normal schedule of stalking.