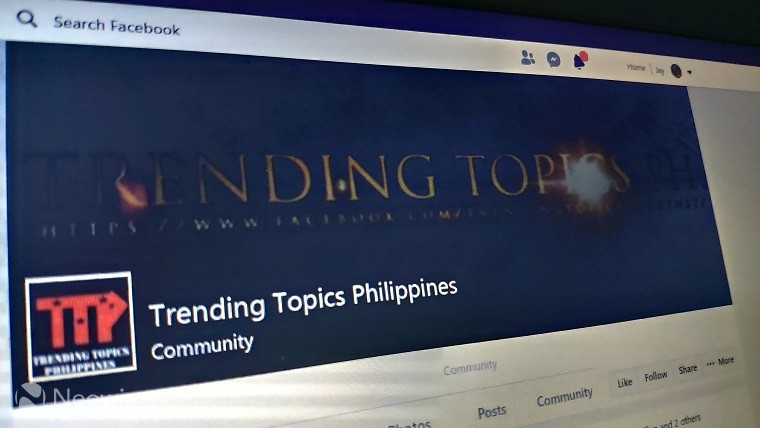 Over the past year, Facebook has swung its ban hammer against plenty of organizations across the world for violating its policies. These groups include fake news outlets in Bangladesh, Myanmar's top military chief, and bogus pages in Brazil. Today, the social media company enforced the same action against a digital marketing company in the Philippines accused of orchestrating inauthentic activities and using fake accounts.

Nathaniel Gleicher, Facebook's Head of Cybersecurity Policy, announced the removal of Twinmark Media Enterprises and all its subsidiaries from the platform. Twinmark Media is the group behind several Facebook pages including Trending Topics Philippines, The Filipino Insights, and Trending News Portal (TNP). According to Philippine news outlet Rappler, TNP has been responsible for helping to spread dozens of misleading content in the country, including black propaganda campaigns against the critics of Philippine President Rodrigo Duterte.

Facebook explained, however, that its decision to ban Twinmark Media and its pages is grounded on the group's violation against the company's misrepresentation and spam policies, not on the type of content the organization shared online. The social networking giant claimed that Twinmark Media worked to "increase distribution and generate profit" by "selling admin rights to Facebook Pages it had created."

Further investigation led Facebook to conclude that the group used a massive network of pages and accounts involved in deceptive activities and bogus accounts that lured internet users into ad farms. In total, 220 pages, 73 accounts, and 29 Instagram accounts were removed as part of this effort. According to Facebook, 43 million accounts were following at least one of these pages.