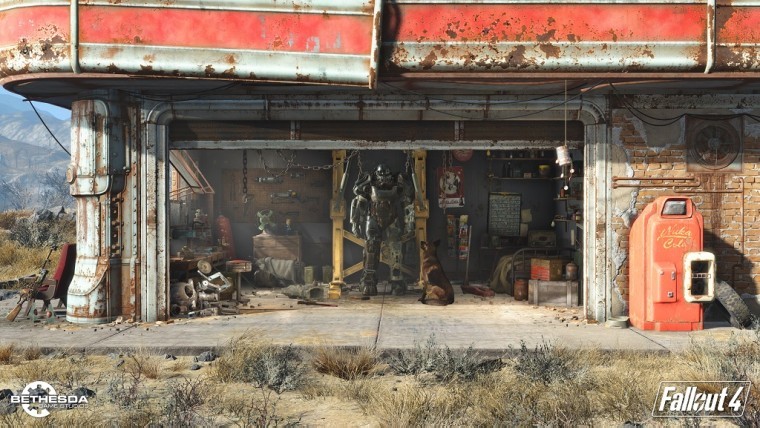 Fallout 4 will be coming to the Xbox One, PC and PlayStation 4 just in time for the holidays, on November 10th.

Earlier today, Bethesda, in their E3 show, revealed that the game would be launching in Q4, likely alongside console bundles and special discounts in the holiday shopping season. The long-awaited game, which was revealed earlier this month, will also be coming with a “real” Pip-Boy, in the form of a mobile app, a sort of wearable wrist thingy, that works with your consoles/PC via Wi-Fi. Albeit, this is only available for the Collector's Edition.

Fallout 4 is Bethesda's follow-up to the popular series, with the company having been working on the new title for the past six years. All of that development time led to the introduction of a new crafting system inside the game, as well as numerous possible customizations for weapons and gear. The game is supposed to have 50 base weapons and more than 700 modifications on top of that.

Bethesda is also touting a new dynamic dialogue system, where the user can interact in new ways, dialogue options have more consequences than ever, and the player can ”walk away at any point” from any conversation.

All of that sounds very nice, but of course, nothing compares to actually playing the game and seeing if you enjoy it, so we’ll reserve our final thoughts until after launch.