AndroidGuys has posted a picture of what appears to be the next update to Google's Android operating system (see below). Codenamed Froyo, the update will be verison 2.2 and is set to be unveiled at Google I/O in the coming weeks. Froyo will be the first mobile operating system to have Flash 10.1 baked right in.

Based on the picture, here are the new things that stand out:

The image has yet to be confirmed as Android 2.2. Yet, all signs seem to indicate that it is. Nexus One users will likely be the first to receive this update when it's made available. Phones running customized versions of Android may have to wait quite some time before being able to upgrade. After all, many Android phones out there are still waiting for Android 2.1. 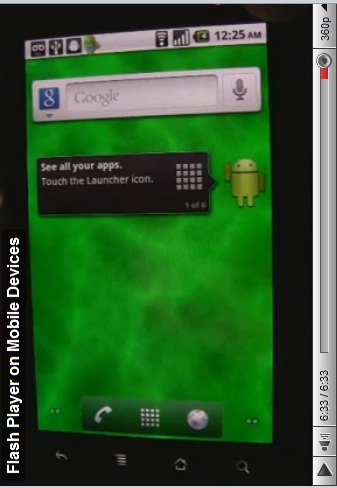