'Flappy Bird' is back and for those that have not moved onto something else or opted to play a clone, the title has made its return in the form of 'Flappy Birds Family'. Unfortunately, the excitement will be short-lived as the game will not make its debut on iOS or Android, but will instead see a release for the Amazon Fire TV.

It was nearly a year ago that a little-known developer released a game that would eventually take the world by storm. Although it wasn't an immediate success, 'Flappy Bird' later became an international hit, relying on pixilated graphics and its addictive gameplay. But, after receiving global media attention and raking in an alleged $50,000 a day from ad revenue, the developer, Nguyen, decided to do the unthinkable and removed the game from the Apple and Google stores. 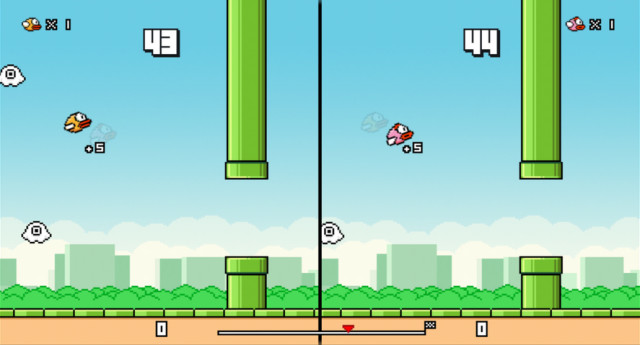 Luckily for Amazon Fire TV owners, 'Flappy Birds Family' maintains all the charm and challenge of the previous iteration, but has a couple of new additions. The game still requires the user to navigate a bird through a myriad of pipes, but it now includes new obstacles, selectable characters, and a multiplayer mode. Although the game is currently only available for the Amazon Fire TV, we have reached out to Nguyen to see whether 'Flappy Birds Family' will be released for other platforms.