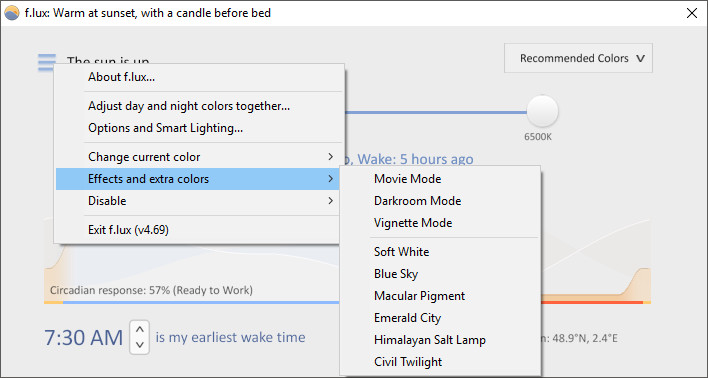 Ever notice how people texting at night have that eerie blue glow? Or wake up ready to write down the Next Great Idea, and get blinded by your computer screen? During the day, computer screens look good—they're designed to look like the sun. But, at 9PM, 10PM, or 3AM, you probably shouldn't be looking at the sun.

We added “Solar time” to the preferences, because we’re think it’s important. It’s not done because it’s going to have a more prominent role in the future, but for now, it’s here just to spark some discussion.

Most of us wake up with our clocks (about 80% of people wake with an alarm clock), but our bodies tend to synchronize to the light we see. So when these two signals get far out of alignment, we sleep worse and have more health problems.