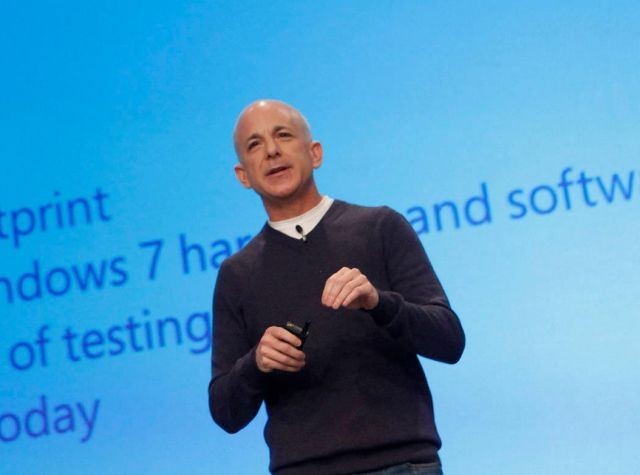 Ever since he launched his Learning by Shipping blog in January, Microsoft's former Windows leader Steven Sinofsky has mostly avoided talking about topics that reference his old employer directly. However, his newest blog entry, posted earlier today, does take on an issue that deals with working with many different operating systems, including Windows.

The blog post, titled "Juggling multiple platforms and the bumpy road ahead" has Sinofsky stating, in terms of mobile app development (which he says include apps made for iOS, Android, Windows RT, Windows Phone, and Blackberry), "the ingredients for a repeat of cross-platform woes currently exist." He adds:

Today app developers generally write apps targeting several of the mobile platforms.  If you look at number of “sockets” over the past couple of years there was an early dominance of iOS followed by a large growth of Android.  Several other platforms currently compete for the next round of attention.  Based on apps in respective app stores these are two leaders for the new platforms. App developers today seeking the most number of client sockets target at least iOS and Android, often simultaneously. It is too early to pick a winner. 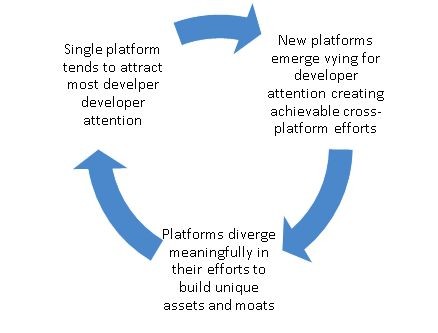 Sinofsky even offers a mini-chart that attempts to show the cycle of app development for a new kind of platform. Sinofsky states that having multiple platforms to choose from typically means that they slowly diverge in terms of their APIs and experiences. That means that developers who want to release apps on multiple platforms have a number of challenges, according to Sinofsky, including different tools, different ways to integrate with each platform and more.

What does all this mean? Sinofsky states that the closed nature of mobile operating systems will actually make it harder for developers to make their own unique apps and then port those creations to more than one platform. He was not willing to predict if iOS, Android or even Windows Phone will be the victor, adding, "The only thing we know for sure is that the APIs, tools, and approaches of different platforms will continue to evolve and diverge.  Working across platforms will only get more difficult, not easier."