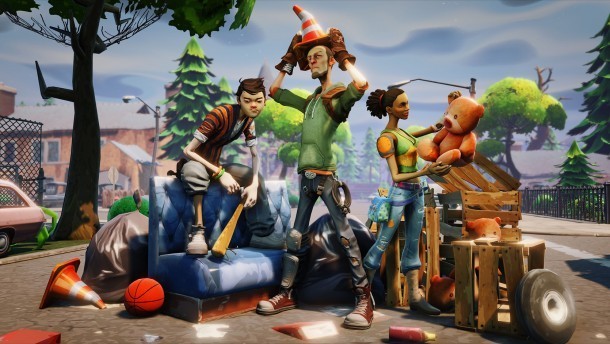 Epic Games revealed more information about its action-strategy game Fortnite last week. It will be the first game that will use Epic's Unreal Engine 4 and will, at least for now, be a PC exclusive. But will gamers always have to be connected to the Internet to play the game?

That's a possibility, according to the game's producer Tanya Jessen. In a chat with Rock Paper Shotgun, she states:

That’s something we don’t know yet. It’s gonna be really dependent on gameplay, and it’s also dependent on platform – the method of getting updates and stuff like that. So I can’t say for sure today one way or another [whether or not we're going to use it].

Players of Diablo III know the dangers of having a constant Internet connection to play the game, even in single player mode. Hopefully Epic will find a way to delivery what it wants from Fortnite without the need for an "always on" mode.

While the game is designed from the ground up to be co-op themed, Jessen also said there will be a single player mode as well. She added, "It’s just that, if you don’t design for co-op from the very beginning and make it a pillar of your project, then the game systems don’t tend to feel as solid in the co-op experience. So that’s how we’re developing the game from the outset."

Fortnite does not yet have an announced publisher nor a release date.