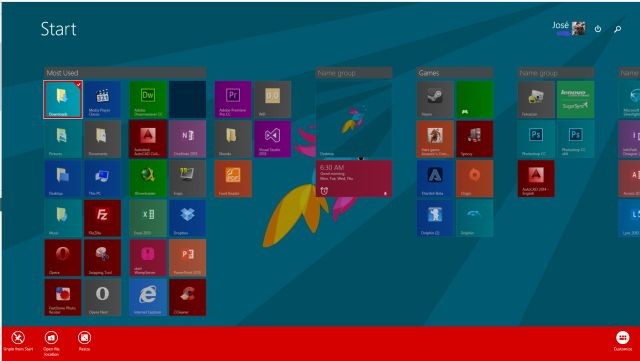 A few days ago, we posted an article that indicated what a few of our Neowin community members thought about Windows 8.1 Update 1, based on their hands-on impressions of Microsoft's upcoming OS from a leaked build. Now one of our members has found an interesting new, or rather old, option in the update.

In a post on Neowin's message board, forum member "Jose_49" says that while Update 1 has some right click options that were designed mostly for mouse users, the people who still want to use the "original" way for right clicking and selecting the Start menu tiles can activate that feature.

Go to the start screen. As soon as you're there, press the space key. There you have it! If not, then press the tab key, and verify that the items are highlighted with white. Press space! Enjoy.

There's still an outside chance that this "old" right click option won't be made available for the final public version of Update 1. Indeed, we have already reported that the leaked build that made its way to many hard drives last week may not be the RTM version after all. Hopefully we will get some clarity on all of Update 1's features in a few weeks when Neowin attends the 2014 BUILD developer conference.