A couple of days ago, we reported on the imminent arrival of the OneDrive Files Restore feature. Now, additional information regarding its actual working has been uncovered. 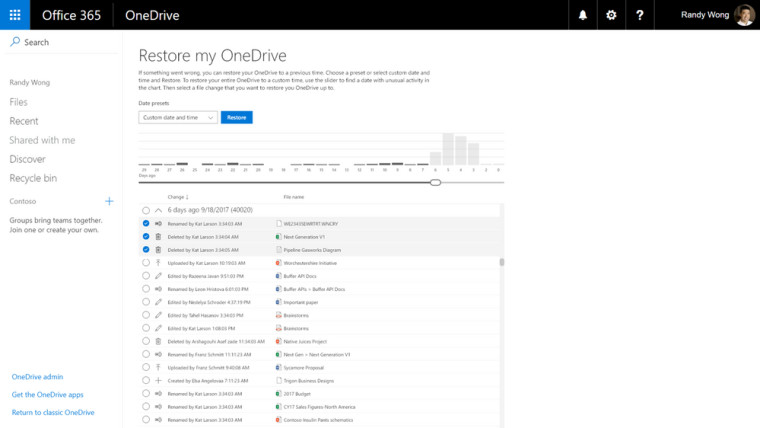 As can be observed from the picture above, a timeline will be present to help users determine a specific time period when ''unusual activity'' occurred. This helps them in pinpointing the exact time at which mass accidental data loss or data corruption took place. Detailed information regarding the changes made to each uploaded file will be available as well. Moreover, users will be provided the option to restore their OneDrive to a custom date and time, or to other available date presets.

According to Stephen L Rose, Senior Product Manager for OneDrive For Business, users will be able to recover files from up to 90 days ago. However, it is still unclear whether the feature will be exclusively offered to OneDrive for Business, or all OneDrive users.

Apparently, Windows 10 users have already started receiving a notification in the Message Center for Office 365 regarding the timeline of File Restore's release. This notification indicates that the feature will indeed start rolling out at the end of this month.