Microsoft released the first Windows 10 Mobile Redstone build almost two months ago followed by build 14291 and 14295 in mid-March. While the latest Redstone build wasn't pushed to Windows Mobile Insiders due to a cellular bug, there is news that it has now been fixed. Moreover, it has also been revealed that future Redstone builds might also feature a method to access the camera directly from the navigation bar on the lock screen. 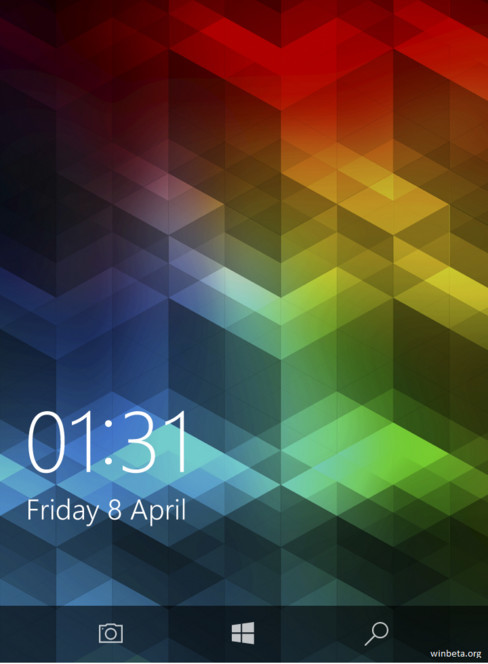 This reveal comes from Winbeta.org which claims that in an effort to make it easier for Windows 10 Mobile users to open the camera app, Microsoft might replace the 'back' button with a camera toggle on the navigation bar on the lock screen. Given that currently on Windows 10 Mobile, the back button is rarely required on the lock screen, this could be a welcome change.

According to the source, the camera button will have to be pressed for almost a second before the camera app opens accompanied by a vibration. Furthermore, the toggle doesn't currently appear on handsets which sport a dedicated camera button, but this is susceptible to change. Winbeta also claims that while the toggle doesn't appear to be fully customizable yet, this could also change before Redstone is officially rolled out.

What do our readers think of this possible nifty addition to Windows 10 Mobile Redstone? Sound off in the comments below!