The latest Sherlock Holmes game by Frogware and published by Focus Home Interactive is by far the best the company has created both in terms of storyline and gameplay. You take on the role of the famous detective with the aim of solving six varied cases all of which vary in local and characters.

As mentioned, unlike previous games in the series, Crimes and Punishments has you solving six different cases rather than one long story. Each case takes on average about 3 hours to complete and because of this, the game flows nicely rather than drags on. 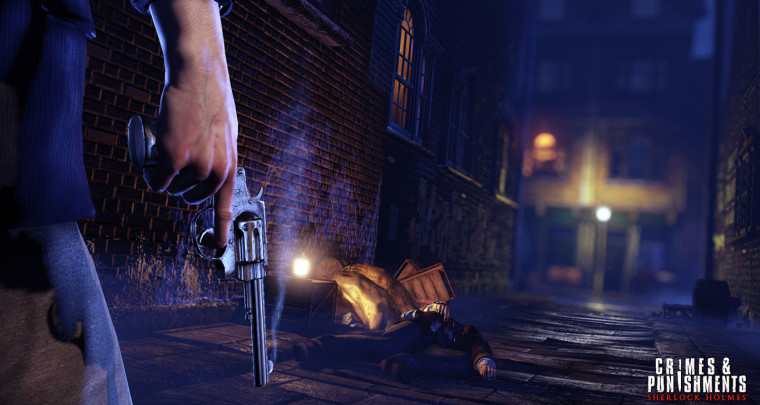 The writing in Crimes and Punishments has improved no end and it really helps to flesh out the relationship Holmes and Watson have. When you are investigating a case you must look around for evidence, be it documents, items, murder weapons or even something someone else has said to you.

Sometimes Holmes will make use of his expert talents of sense and smell, this means he can observe details at each crime scene that may not be easily seen. This can be used to sniff out certain types of cigars that could pinpoint where a person came from. 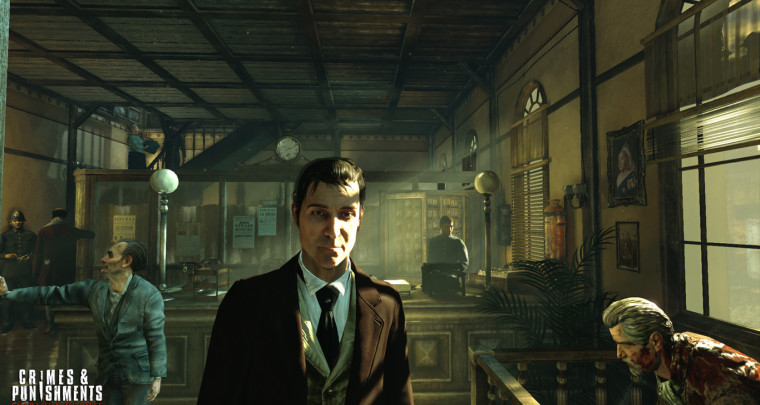 Once you have got a batch of evidence together you can use this on the “Deduction board” which lets you string clues together, combining these clues can sometimes open up new lines of enquiry. Once you have all the evidence you need to blame a suspect, it is up to you to select what their punishment may be, you may even let them go.

Graphically the game is a big step up from previous titles in technical terms, the game can look really gorgeous at times and thanks to making use of Unreal Engine 3, the performance is good across a range of systems too. When you interrogate people you get to see close up and some of the detail on the faces is excellent, though sometimes the lipsync can fall a little short.

Voice work is an improvement too, thanks mostly to being better written than the other games. The range of characters you come across in the game are also well acted, though some people you click on during the game who are not interactive characters can repeat voices too often, but this is a minor issue. 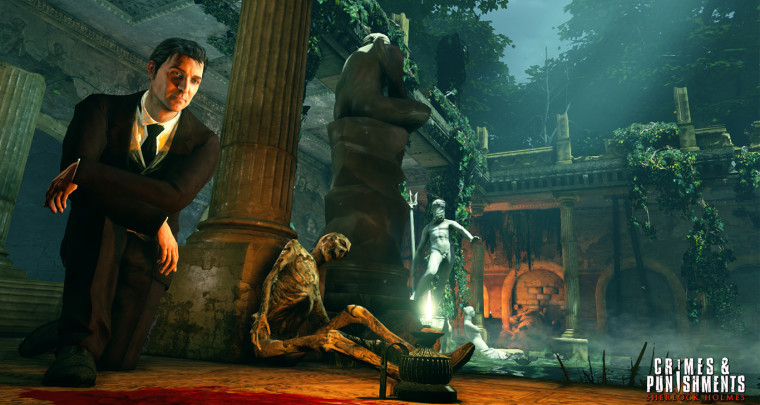 There are negatives as always though, the game suffers from some very long load times between areas, and this is an increased pain as there can be lots of backtracking between locations. The game can also sometimes seem a little too easy at times, and repeat a lot of lockpicking mini-games which it doesn’t need to over again.

Overall this is the best Sherlock Holmes title that has been released and for fans of the series and for newcomers too, it is well worth investing in. It has been a long time since an adventure game like this came out and really drew me in with its stories and that can only be a good thing.

We have been looking forward to The Vanishing of Ethan Carter since the title was first announced last year. It looked like the type of adventure game that would be atmospheric to play and have very interesting gameplay. It looked different from many other adventure titles on the PC and seemed to take more than a little homage from Gone Home.

The game has you playing the part of Paul Prospero, a detective who deals with the occult. Paul receives a letter from Ethan Carter, a boy who it turns out is in a lot of danger. The game takes place in Red Creek Valley, Ethan’s home town where a murder has taken place and Ethan has vanished. 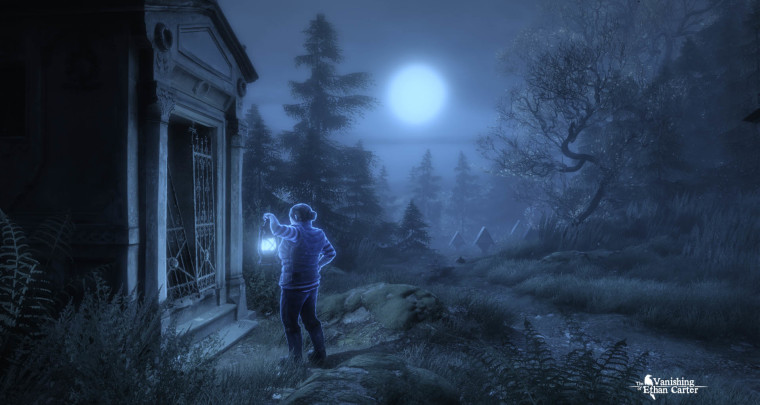 The Vanishing of Ethan Carter focuses on storytelling and it does this very well indeed, drawing you into the plight of both Ethan and the attempt of Paul to find him. The game doesn’t contain any combat and has you piecing together the truth about Ethan’s disappearance though clues, documents and flashbacks.

The more clues you find, the clearer Paul’s visions become and once you find them all in a specific area of the game you will get a flashback about what has happened in the past.

Just before you start the game you will read a message, “This game is a narrative experience that does not hold your hand.” I can say that this is certainly accurate for the most part and you can even ignore many of the interactive sections of the game, sadly though once you get towards the end of the game you have to ensure that you have found everything in the game to complete it. 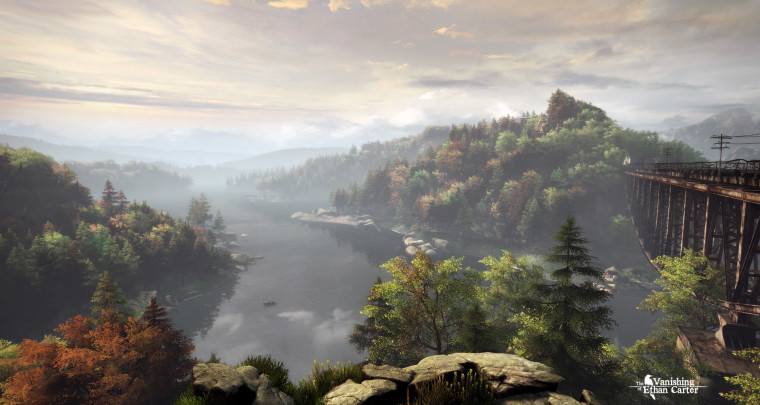 This means if you missed something very early on (Like I did) you have to retrace your way back to the first areas of the game. It is something that didn’t need to happen and it would have been far better for the game to just inform you that you missed out of some information that might encourage you to play the game again.

One thing you can say for the game is that is one of the best looking title ever released. Using the company’s photogrammetry technology the game can sometimes look photorealistic just like they hoped it would, it’s easy to write this sort of thing, but you have to see it yourself to really appreciate how good it looks. The performance on a range of hardware is very good too, something we didn’t expect from a game that can look as good as this does. 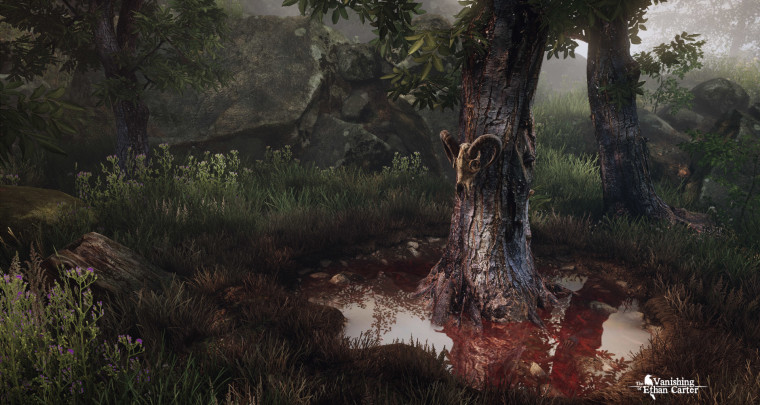 The ambient sound and music is equally superb, with some very grim/atmospheric music which keeps it all in line with the dark tone of the game. The voice work however is a mixed bag with some very good talent and some very poor, it is something that feels at odds with the rest of the game.

Some people will moan that the four or five hours’ worth of gameplay isn’t what they would expect from a game, but it only retails at £12 and is one of the best looking games you will find on the PC right now. If storytelling is something you really enjoy from games and you like an easy game which doesn’t tax your brain very much, then The Vanishing of Ethan Carter is certainly worth a look.

When Sega sent us a box of Alien: Isolation stuff this week the first thing we did was to get the game installed and patched up. This is a game fans of the Alien series of films have been waiting for, especially after the disappointment of the dire Alien: Colonial Marines game released last year.

Created by The Creative Assembly who are mostly known for their Total War series of games on the PC, Alien: Isolation is a first person survival horror stealth game set 15 years after the evens of Alien. 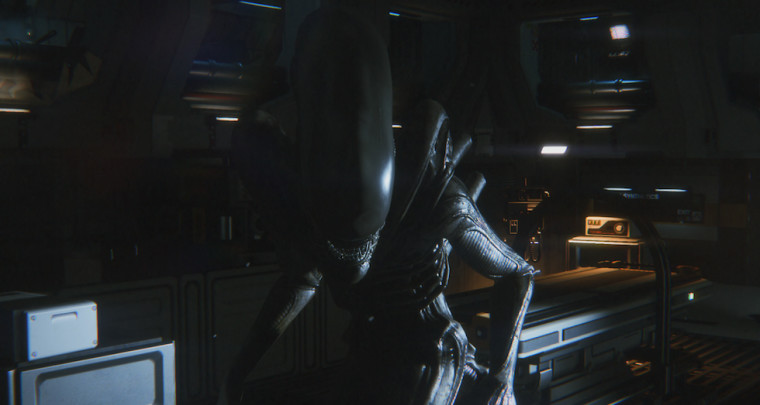 The game has you playing the part of Amanda Ripley, the daughter of Ellen Ripley. Amanda is trying to investigate the disappearance of her mother. As expected, nothing was ever likely to go to plan.

The game begins with voice-over work from the original Ripley, Sigourney Weaver and straight away fills you with confidence that Creative Assembly have done everything in their power to appeal to Alien fans. 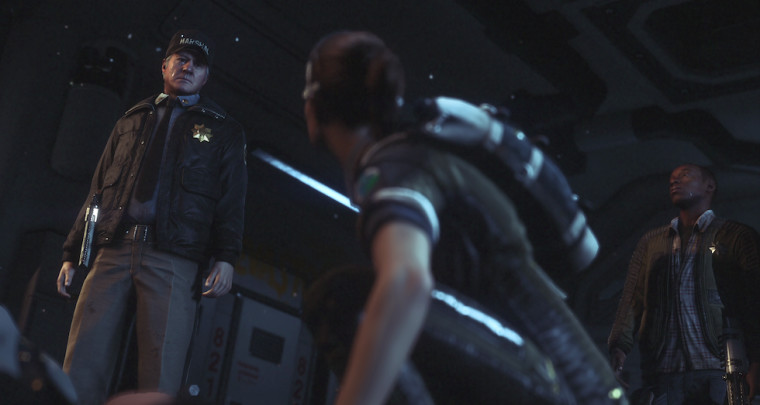 After a short cutscene you finally get control of Amanda and get used to your fellow crew members and the android you are always likely to be wary of if you have watched any of the films before.

Because the game can last up to 20 hours, we are not doing a full review today, but early impressions are favorable. Graphically the game is very good, matching the look and feel of the early Alien film perfectly.

The only let downs here are the frame rate in some of the in-game cutscenes seem to be lower than 30fps and can judder and skip although Sega have told us they haven't come across these issues before. It also has some atrocious lipsyncing on characters both in cutscenes and during the game, some of the worst I have seen in a long time. The good news is that there haven't been any issues during proper gameplay sections. 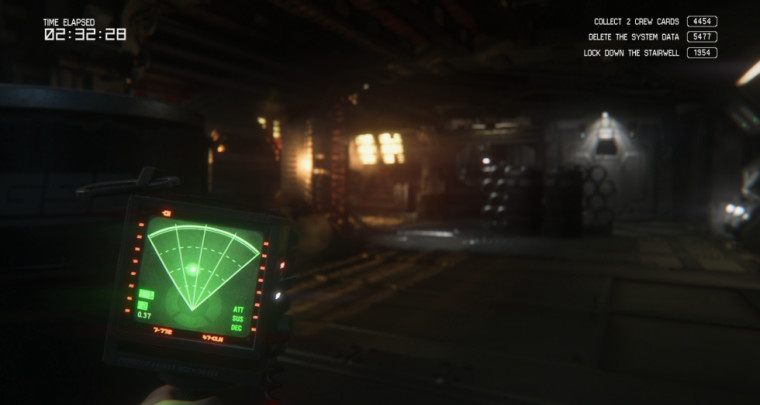 The first sections of the game are slow paced, getting used to environment and story, it is only later on that you will finally get to meet the Alien and start the hide and seek games.

Voice work is excellent from nearly all of the Alien: Isolation cast members, even from the various bit-part NPC's seen during the game. At the moment though we haven't been able to play through the original cast part of the game as it won't go live until the public launch.

We will have a full review of Alien: Isolation next week.

Next Week: We have full reviews of Alien: Isolation on the Xbox One, Gauntlet and Middle earth - Shadow of Mordor on the PC.