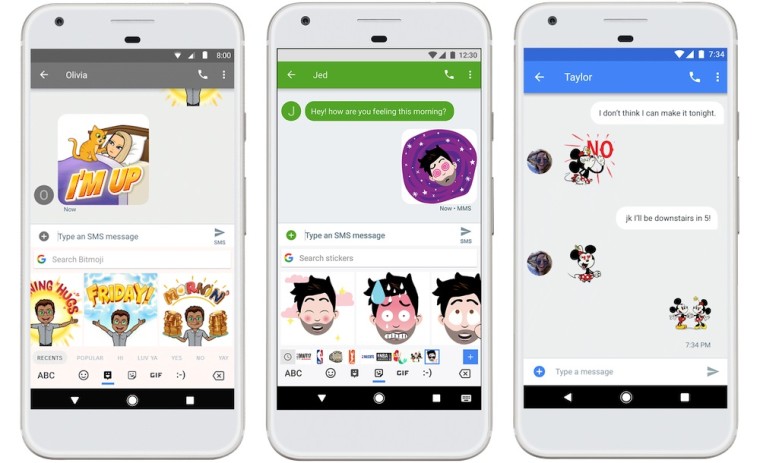 Google has been updating its Gboard keyboard frequently with enhancements, bug fixes, and additional languages. However, today the company has released a slightly significant update for the keyboard and has included support for stickers and personalized Bitmoji that can be shared in conversations.

In order to use the new features, users will need to download sticker packs of their choice and the Bitmoji app from the Play Store to customize their avatar and connect with Gboard. These stickers can be used in Google's own Allo app or any other apps that support them. Some of the branded sticker packs available for Gboard include Mickey Mouse, NBAmoji, Google Allo selfie stickers, Disney Princesses, Hello Kitty, Garfield and Star Wars.

While the update seems to be quite fun, it is rather strange that Google is yet to introduce the doodle feature, which is available in Gboard for iOS to the Android version. The latest update is being rolled out in a phased manner and may not be available immediately in all markets.