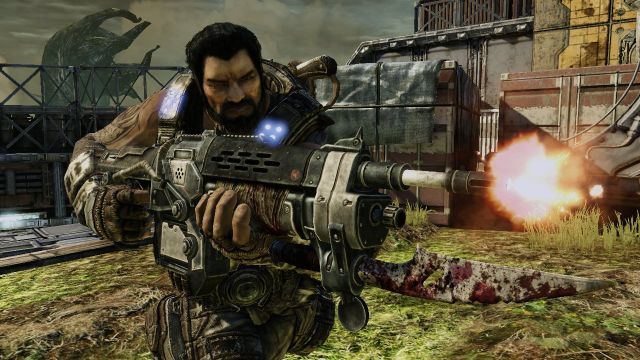 If you have an Xbox 360 game console but haven't had a chance to play the current beta version of Epic Games' upcoming sci-fi shooter Gears of War 3, it's time to get friendly with someone who has been in the beta test. Destructoid reports that starting today Gears of War 3 multiplayer beta players who have played at least one multiplayer match will get one token that can be given to a friend. That token will give your buddy access to the beta test.

In fact up to five Gears of War 3 buddy tokens can be won by beta players. In addition to the default token another one can be obtained if you have already played over 20 hours in the current beta test. Yet another token can be obtained if you have played over 100 lifetime hours in any game in the Gears of War series. Another token is given out if you download and purchase the original Gears of War via the Xbox 360 console's Games on Demand service or if you purchase any downloadable content for the game or purchase an Xbox 360 Avatar with a Gears theme. Finally the fifth token is yours if you purchase a 12 month Xbox Live Gold subscription. Tokens can be earned until May 4th, and Microsoft will then email codes to be given away on May 8th.

The Gears of War 3 multiplayer beta started on April 18 and gives its participants a chance to test out some of the sci-fi shooter's many gameplay modes across four multiplayer maps. More info on the beta test can be seen on the game's official FAQ page. If you are not lucky enough to have a friend with a beta token you can still access the beta by pre-ordering Gears of War 3 or buying the Xbox 360 Epic Edition version of Bulletstorm. The full version of Gears of War 3 is currently scheduled to be released for the Xbox 360 on September 20.