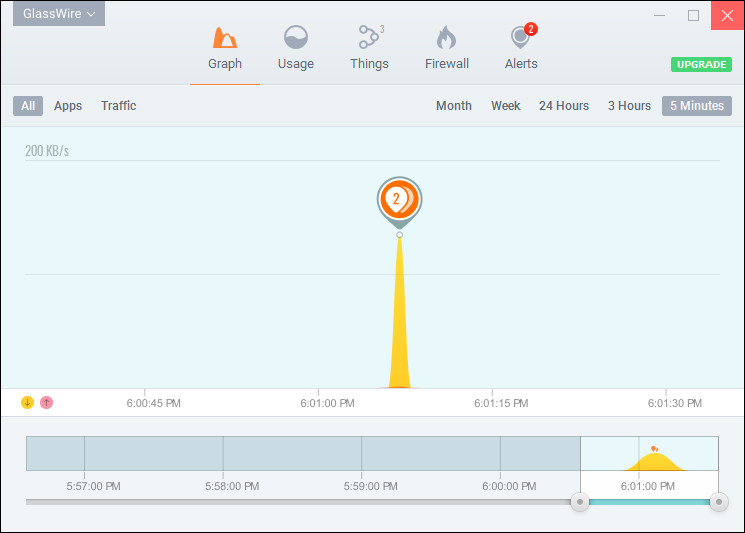 Visualize your current and past network activity by traffic type, application, and geographic location, on an easy to use graph. GlassWire lets you see what applications are sending out data over the Internet and shows you what hosts they are communicating with. The program also looks for; domains or IP addresses that are known threats, networking system file changes, unusual application changes, ARP spoofing and more.

GlassWire shows you what network activity occurred while you were away or logged out from your computer. No more wondering what your computer was doing while you were out. Just go back in time with GlassWire's graph and see exactly what happened in detail.

GlassWire visualizes what current and past applications are accessing the Internet. If you don’t like what you see you can instantly block network access to specific apps with GlassWire’s firewall manager.