Google is busy redesigning its apps with the new Material Design language and Gmail is the latest of its apps that is rolling out with the changes. 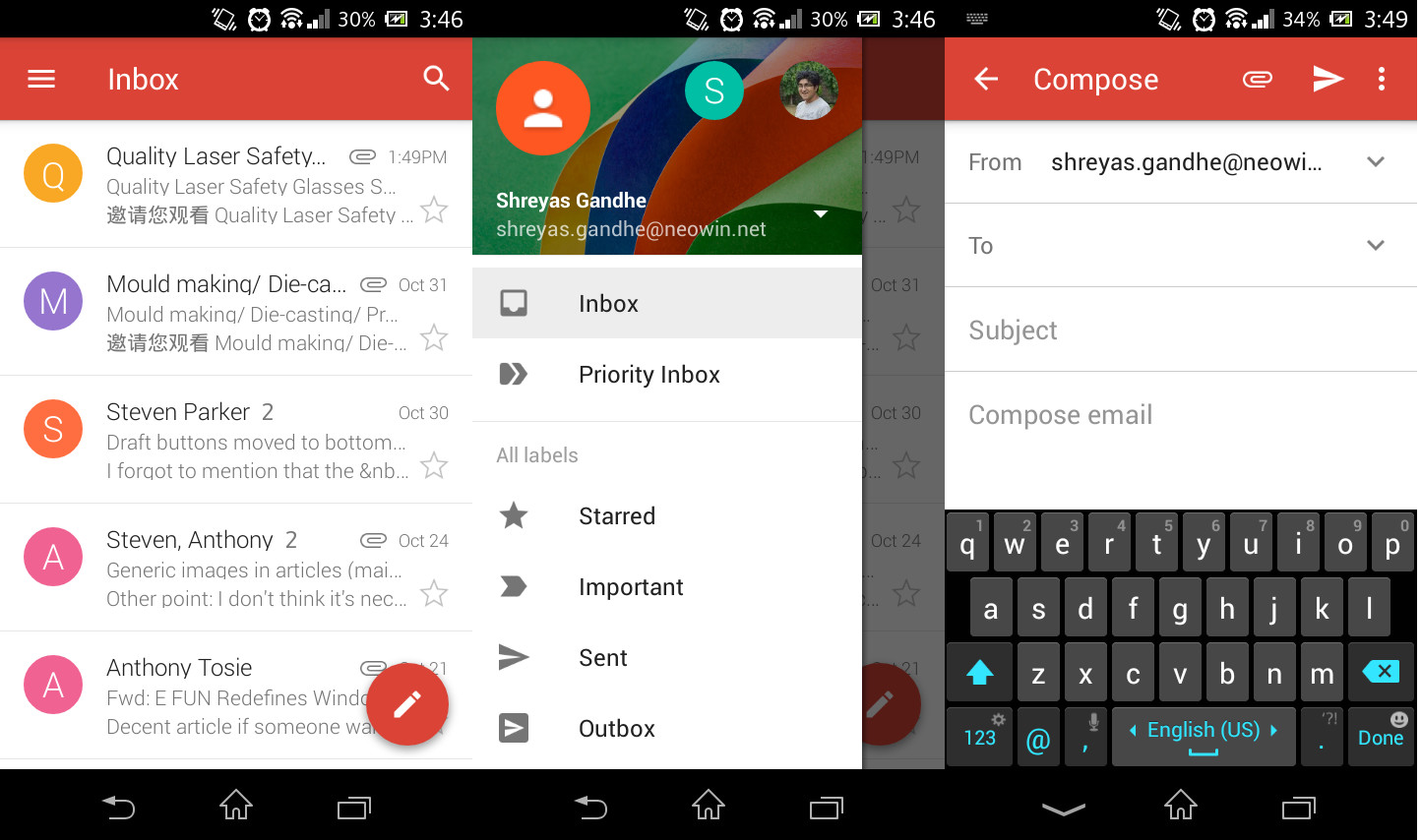 Although Google is working on a separate Inbox app for Android to bring a different email experience to its users, the company hasn't ignored its core Gmail application which has now been updated with the Material Design language, it will also be part of the upcoming Android Lollipop release.

The new Gmail app features a cleaner look and feel and is a bit more colorful than the earlier release which was mostly gray throughout. However, the more interesting addition to the update is the ability to add various other email accounts which include Yahoo, Outlook, Exchange and POP/IMAP mailboxes.

Devices running Android 4.0 and above are expected to get the updated Gmail app over the coming weeks as with all rollouts from Google, but the app can also be sideloaded from the following links: Gmail, Exchange Services