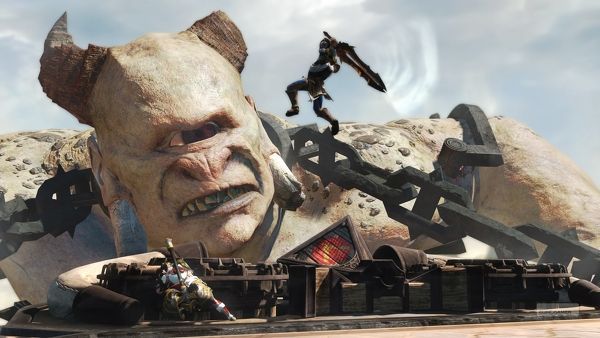 Earlier this month, Sony announced its plans to release God of War: Ascension, the next game in its long running Playstation action game series. The new game won't be released for the Playstation 3 until spring 2013, but today Sony announced that God of War: Ascension will have an element that none of the other games in the series have had: multiplayer.

The game, coming once again from Sony's Santa Monica Studios developer team, will feature up to eight players online in team-based gameplay. Players can choose which of the four gods to "worship" (Zeus, Poseidon, Hades or Ares). It's the game's version of player classes, with each god giving their player character different powers, weapons and abilities.

GameSpot talks more about the multiplayer features. It reveals that at least one gameplay mode will have four-vs-four battles where each team has to complete a series of objectives. You can expect lots of melee action and lots of blood, as well as some huge monsters such as the giant Cyclops creature in the screenshot above.

Sony is being cryptic about what other gameplay modes and multiplayer features will be put into in God of War: Ascension but we have a lot of time to find out more before the game comes out in about a year.