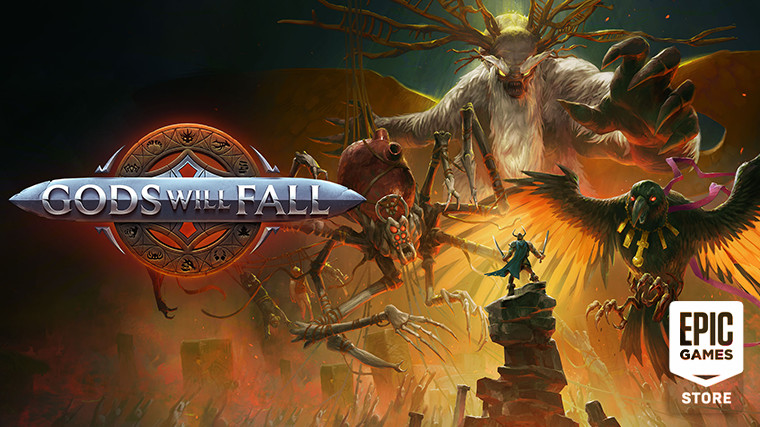 Epic Games Store's holiday giveaway festival came to an end last week with a Tomb Raider trilogy finale, and now it seems the storefront is back to its regularly scheduled weekly freebies promotion. Kicking off the new year is a copy of Gods Will Fall, which is free to claim for the next week.

The newest freebie is a hack and slash action roguelike set in a dark fantasy world developed by Clever Beans. There are 10 bosses to defeat following their dungeons while you only have eight of your warriors to do it, which are generated randomly on each run. Interestingly, losing warriors in battle means starting over with a remaining one, but succeeding in beating a dungeon returns all of the fallen warriors back.

Here's how the store describes the setting:

The gods’ torturous rule over humanity has lasted for millennia. Bent on cruelty and suffering, they demand to be served with blind worship through an oath of fealty pledged from every man, woman and child. To those who don't submit to the gods’ will; a slow and merciless death awaits.

At full price Gods Will Fall goes for $24.99 when not on sale. Here are the minimum requirements:

The Gods will Fall giveaway will last through January 13, and coming up next is a copy of Galactic Civilizations III on the same date.