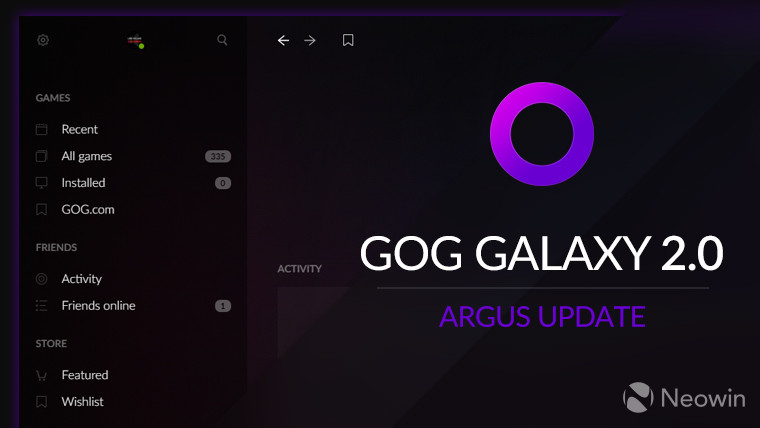 Less than a month after the Euporie Update - version 2.0.9 -, and a little under three months following the release of the Atlas Update (version 2.0.5), the closed beta for GOG Galaxy 2.0 marches on with yet another reasonably substatial patch, the Argus Update.

It's worth keeping in mind that the feature-rich update is actually version 2.0.10, although version 2.0.11 was pushed very soon after, containing a singular change. For simplicity's sake, we'll refer to the Argus Update as version 2.0.11.

As far as the name of the update goes, you can argue that this could be derived from any other subject matter, though it's likely that the space theme was kept on this occasion as well. Argus is not only a satellite, but also the home world - or rather home planet - of the Eredar, which should be familiar to fans of World of Warcraft lore.

The post will be split into four distinct sections, covering various UI tweaks, the Friends Sidebar, the ability to share your game stats via social media, and lastly changelog and known issues. Let's begin.

As opposed to previous patches, this one doesn't bring in too many major UI additions, however, it does polish some of the existing UI elements. In terms of additions, the most noticeable will probably be the new Share top-level link, though we'll cover that in its own separate section.

Moving on to the more minor tweaks, there's now a link in the avatar dropdown menu that takes you straight to your order history page on GOG. It behaves very much like the already existing one for account management, with the sidebar on the left staying in place and the contents on the right changing to display the relevant page.

Beyond that, the update also adds fixes related to the List view, now showing in parentheses the number of games in a stack, which is relevant for those titles you own on multiple platforms. On a similar note, if you navigate to the library page of a game you happen to have on multiple platforms, the selector at the top will show the actual name of the title, not just the logo for the platform.

Another quality of life improvement concerns the Global Search feature added in the Atlas Update (v 2.0.9) back in September. The brightness of the input field has now been tweaked so that it blends in nicely with the rest of the search module.

Make sure to check out everything that's been added in the mini gallery below. 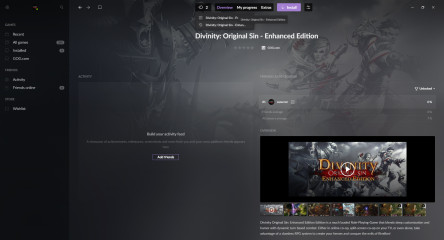 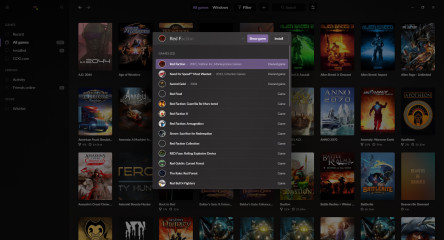 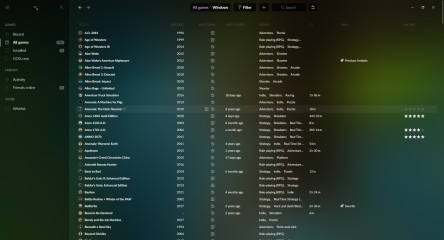 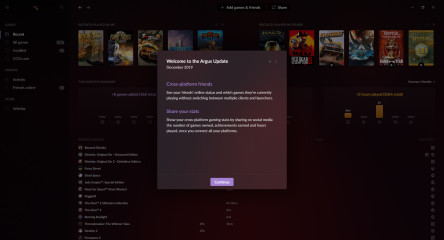 A fairly interesting new feature in this update is the Friends Sidebar which appears on the right. While you could invoke a separate friends list window before, this is more integrated into the main UI than the list. Specifically, this appears if the client width exceeds 1500px - which is perhaps also why the default width of the Galaxy 2.0 window has been increased to 1740px.

This feature will allow you to see what your friends are playing on other platforms without needing to open a specific launcher. It currently works for friends that are online or playing a game. Friends from other platforms do not show up if you click the Friends online bookmark in the left sidebar, an ability which is linked to the cross-platform chat feature of the launcher.

On the subject of cross-platform chat, once that is implemented, you should be able to send your friend on Steam (as an example) a message straight from Galaxy 2.0. If you try to do that now, it simply says that "The integration for Steam does not offer chat".

For those who don't like this, it can be both collapsed via a simple UI element near the window controls, as well as turned off in Settings under the Interface tab. The sidebar option is also accompanied by the disclaimer that you won't see this UI element if the window width is below 1501px.

Present in the Interface tab is another option, which allows you to show or hide the bookmark for the store in the left sidebar, bookmark labeled Featured. You unfortunatly can't rename it, just like the other permanent launcher bookmarks - Recent, All games, Downloads, etc.

You can see the features described above for yourself in the gallery below. 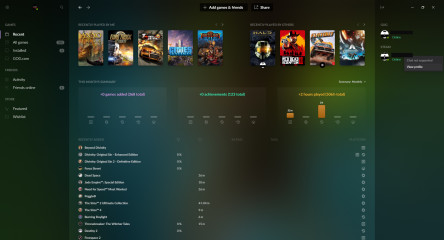 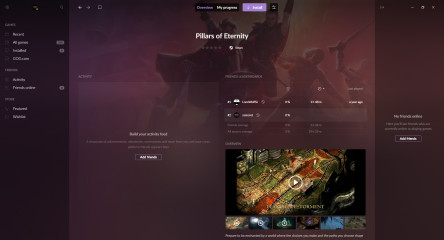 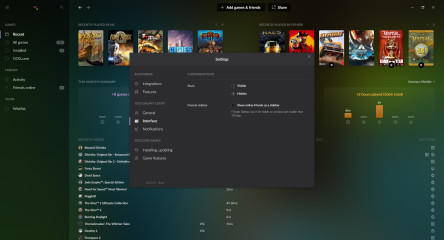 And now we move on to the last of the new features, and one that has its own top-level UI link, something dubbed simply Share. What it allows you to do is to well, share your cross-platform stats with your friends or to social media.

It will show the number of games you own across all platforms, the total number of achievements you've earned, as well as how many hours you've played. You're able to share this directly to Facebook, Twitter, and VK (VKontakte), as well as just paste the link itself into any chat client. Do be warned that the link generated is rather comically long.

Without further ado, here are first and foremost the known issues for version 2.0.10:

Below you'll find the various additions and fixes:

You can still sign up for the beta at this link, and as with the previous releases, if you haven't received an invite, logging in an using Galaxy 2.0 will not work.

What do you think about this latest update to GOG's upcoming launcher hub? Sound off in the comments below!