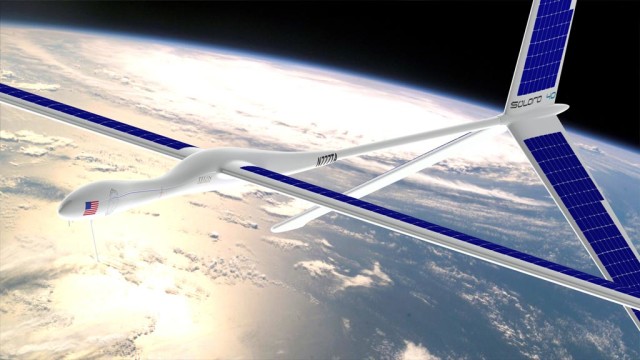 Titan Aerospace was previously scoped out by Facebook as a target for a potential acquisition, citing the desire to "provide global internet" via the use of high-altitude drones. Facebook later passed up Titan and instead purchased Ascenta, a UK-based Titan Aerospace competitor, but according to co-founder Mark Zuckerberg, Facebook was in talks to acquire Titan Aerospace for around $60 million.

Google hasn't disclosed the details of their purchase, but their desires are similar to Facebook: according to the Wall Street Journal, Google plans to utilize Titan Aerospace's drones for "Project Loon", a global balloon-based internet project which intends to provide internet access to those in remote areas, as well as to "bring people back online" after disasters.

If Google's plans come to fruition, we may soon see increased connectivity throughout the world. Since Titan Aerospace's drones are solar-powered, they are theoretically able to stay airborne indefinitely - and according to Forbes, the company is currently developing two new drone models which are capable of flying continuously for up to 5 years. This long-term infrastructure could allow Google to focus less on maintaining their current technology and more on developing technologies for the future, which may eventually bring about the feasible global interconnectivity which Google has envisioned with Project Loon.