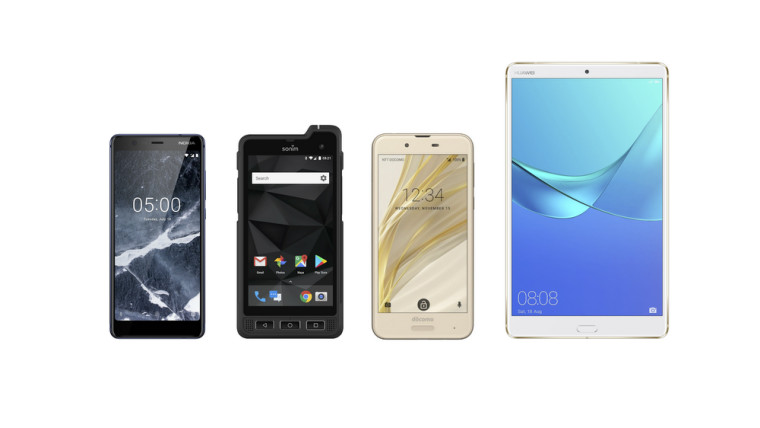 Google is expanding the Android Enterprise Recommended program to include new devices from OEMs small and large.

First, Huawei's M5 8.4 and 10.8 tablets are joining the program as the first Android Enterprise Recommended tablets. Sharp has also joined the program with its AQUOS SH 10-K and Sonim with its rugged XP8.

Aside from the new entrants, the following devices are now part of the program..

Google's Android Enterprise Recommended Program offered an easy way for businesses to pick smartphones to deploy. Devices in the program would offer timely security updates within 90 days of release, support for at least two years (one major release guaranteed), and must be available unlocked either direct from the manufacturer or via a 3rd party reseller.

With the addition of these devices, Google's Android enterprise program now boasts 39 devices including the Google Pixel family of devices, Nokia 8 and Huawei Mate 10 Pro among others.

The program appears to be seeing some degree of support, with Google citing leading banking and analytics firms HSBC and SAS as satisfied customers. A Google run survey also found that 75% of respondents were likely to consider the Android Recommended Enterprise program when looking at device deployments in the future.