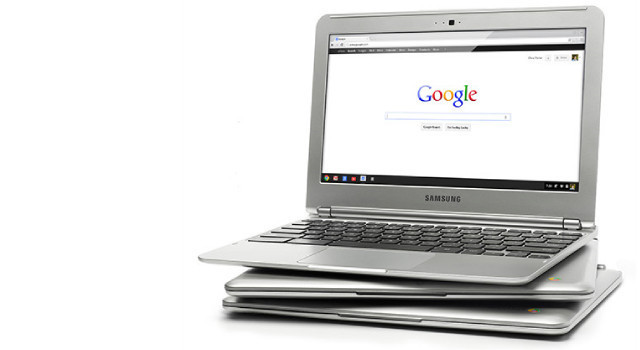 Microsoft has been running TV ads recently that show Chromebooks can't access apps such as Office or other major Windows-based programs. Now Google is trying to show that the inexpensive Chromebooks can offer some owners access to the Windows desktop and its programs via a new remote service that is being offered by another Microsoft rival, VMWare.

In joint announcements, Google and VMWare revealed plans to give business and enterprise users a way to access Windows-based apps from Chromebooks via VMWare's Horizon Desktop as a Service program. The subscription-based service is already available for businesses that own Chromebooks by accessing VMWare's VMware Horizon View 5.3. Google will also release support for the service via an app from the Chrome App Store.

In its blog post, Google made note of the fact that many businesses have yet to upgrade their PCs beyond Windows XP, which will stop receiving support and updates from Microsoft in less than two months. The blog states, "As the countdown to Windows XP end of life continues, deploying Chromebooks and taking advantage of a DaaS environment ensures that security vulnerabilities, application compatibility and migration budgets will be a thing of the past." NPD recently reported that sales of Chromebooks to commercial customers in the U.S. took up 21 percent of all laptop sales in much of 2013.

While connecting Chromebooks to Windows desktop and apps is certainly possible, it remains to be seen if VMWare's solution will allow these budget notebooks to run these applications efficiently in a virtual environment. There's also the fact that businesses will have to pay extra to access the service in the first place.