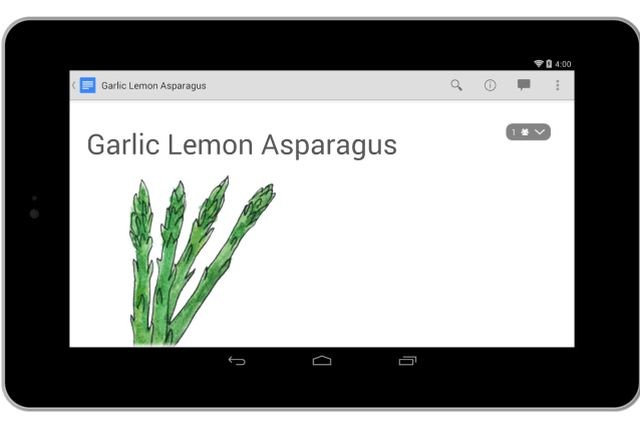 Google's blog states that the free apps are designed to replace the current Google Drive app for reading, creating and editing documents and spreadsheets. The Drive app will still be available for users to view and organize all of their files; both apps will work even if the device is offline. Google also has plans to release a Slides app for creating presentations in the near future.

The release of these new apps keeps the pressure on Microsoft to continue to expand its Office family of software to more platforms. The company updated Office for iPad earlier this week with the ability to print documents, along with other new features. So far, the company has not announced plans to launch a version of Office apps to the iPhone, nor has it revealed anything about offering them to Android users. Windows 8.1 and RT owners are also waiting for Microsoft to launch Modern UI-based Office software programs designed specifically for touchscreens, although there are rumors they could debut in the late spring or early summer.