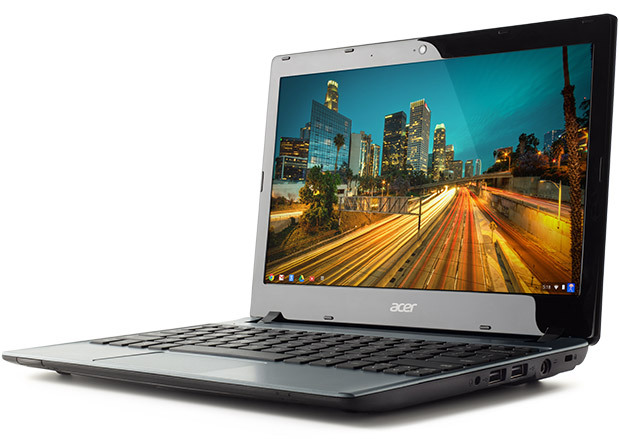 Last month, Google announced a Chromebook notebook, made by Samsung, for the price of just $249. Today, the company announced yet another new low in pricing for its Chrome OS laptops with the reveal of the Acer C7 Chromebook, which will be priced at just $199.

The notebook, which will go on sale on Tuesday via Google Play and Best Buy in the US, will weigh just three pounds and contains an 11.6 inch screen. It has an 320 GB hard drive inside, along with three USB 2.0 ports, and a HDMI port. The specifications say that the new Chromebook has an Intel Core processor inside but there's no specifics on which version it uses or its clock speed.

Google claims that the Acer C7 Chromebook will have a battery life of up to 3.5 hours. It also comes with 100 GB of free space on the Google Drive cloud service, which can be accessed for two years, along with 12 free sessions of use for the Gogo WiFi services inside airplanes for people who travel a lot.

This is the lowest priced Chromebook yet, and it shows that Google isn't giving up on selling notebooks that have its Chrome OS inside, even with the launch of new Windows 8-based notebooks.