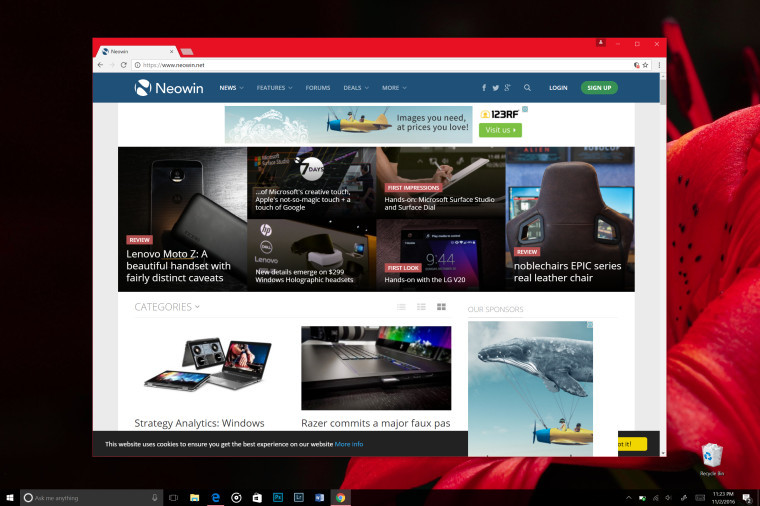 Google Chrome is one of the most popular web browsers around the world, holding most of the Internet browsing market share. As popularity has risen among users, so has the demand for a more efficient and reliable browser. From Google Chrome to Microsoft Edge, and Safari, web browsers themselves have been positioned to play a more integral role within operating systems, an idea that Google brought to life with Chrome OS.

However, there is always a need to tweak a browser's performance by minimizing RAM consumption, as well as creating a more optimized and stable browser. One can argue that Opera has been at the forefront when it comes to browser optimization, however Google has also been making strides in this area, with improvements to battery life as part of Chrome 53. The company recently announced additional improvements that were made to Chrome 53 through their Chromium Blog, promising a 15% increase in performance over previous iterations.

This increase in performance was made possible by utilizing Microsoft's Profile Guided Optimization or (PGO) technology, available through Microsoft's compiler on Windows. Google stated that PGO is capable of monitoring what features in Chrome are used the most. The data is then analyzed through PGO, which determines and optimizes part of the code that has a higher priority; the most used functions for speed, while avoiding caching of lesser used code.

The increase in speed has boosted the efficiency of the browser, increasing startup times by 16.8%, and opening a new tab by almost 15%, while also making pages load 6% faster in Chrome. The performance boost has been made available through Chrome 53 for 64-bit devices, and within Chrome 54 for 32-bit devices.