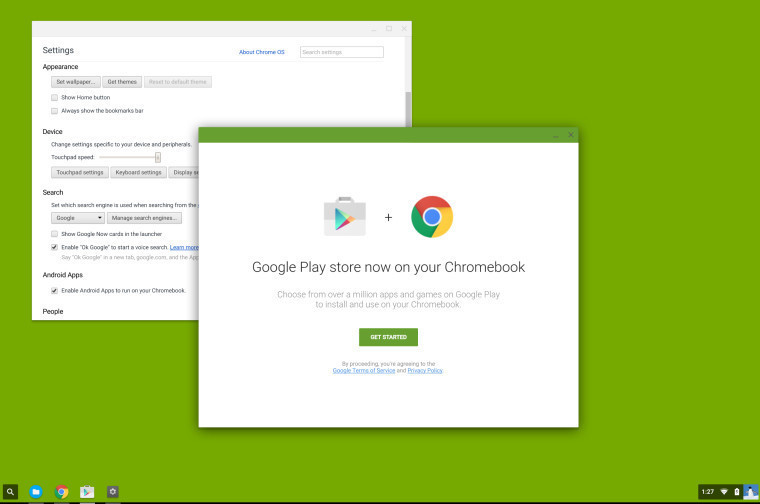 Last month, several clues were uncovered indicating that Google was planning to bring support for "over a million" Android apps to Chromebooks. Now, it's official.

Google is holding its annual I/O developer conference this week, and it made several big announcements in its day one keynote today, including the release of Android N Developer Preview 3; the new smart Home device and digital Assistant; and Instant Apps, allowing Android users to access functionality in apps without even needing to install them.

Notably, the company didn't make any announcements on stage about its plans for Android apps on Chrome - but 9to5Google spotted details in the notes for a session at the dev conference, which confirm that those plans are indeed being realized:

Today we announced that we’re adding the best mobile app experiences in the world, Android apps and the Google Play store, to the best browser in the world, Chrome! Come to this session and test your Android apps for Chrome OS. You will get hands on help from our friendly engineers on how to optimize your Android app for Chromebooks. Oh, and we will also be giving the first 50 developers to show up a free Chromebook so they can get a head start bringing their apps to Chrome!

It's not clear where exactly Google made this 'announcement' described in the session notes, but one thing is clear: Android apps, and the Play Store itself, will soon be available on Chrome.