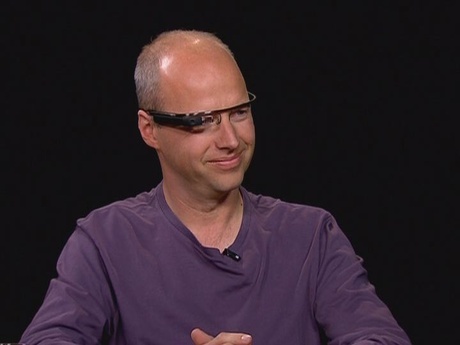 Google generated a ton of buzz earlier this month when it officially revealed Project Glass; a set of glasses with a wireless data connection and heads-up display, along with a camera, GPS and motion sensors.

One of Google's team working on the product appeared on a TV talk show that was broadcast on Wednesday wearing the glasses and even using them to take a picture of the host.

The program was the PBS high brow talk show Charlie Rose and the person wearing the glasses was Sebastian Thrun, the founder and head of Google X Labs. During the interview, Thrun took a picture of Rose with the glasses' on board camera. He then nodded his head which caused the picture to be sent to his Google+ page (the show was apparently pre-taped several days ago).

The big question: how comfortable are these glasses? Thrun seems to wear them during the interview as if they were regular non-Internet connected glasses. He mentioned that the small screen, which can be seen above Thrun's right eye, can offer a window to the Internet but that ultimately it does not distract him from the real world beyond those glasses.