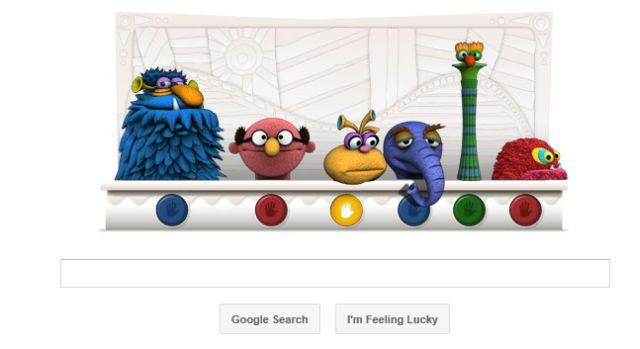 Google's front page has on occasion marked a special anniversary or event by temporarily altering its logo. Today it has done so again with an animated logo to celebrate the 75th anniversary of Jim Henson's birthday. Google's logo has been replaced with six of Henson's Muppets, his famed puppet creations that have entertained people of all ages for decades. The Muppets are set for a revival later this year with a new Disney movie.

The Muppet Google logo can be manipulated by a PC's cursor. Clicking on the button below each of the Muppets activates it and moving the cursor makes the Muppet move its head around and opens its mouth. Oddly there's no sound generated by the logo although it would seem like such a feature would be put into the animations. However, there are at least a couple of Easter Egg animations that Google users can find out for themselves.

Google's blog page also celebrates Jim Henson's birthday with a post written by his son Brian Henson, who is now Chairman of the Jim Henson Company. He writes, "He loved gadgets and technology. Following his lead, The Jim Henson Company continues to develop cutting-edge technology for animatronics and digital animation, like this cool Google doodle celebrating Jim’s 75th birthday. But I think even he would have found it hilarious the way today some people feel that when they’ve got their smartphone, they no longer need their brain. Jim was clearly a great visionary. But he also wanted everyone around him fully committed creatively."