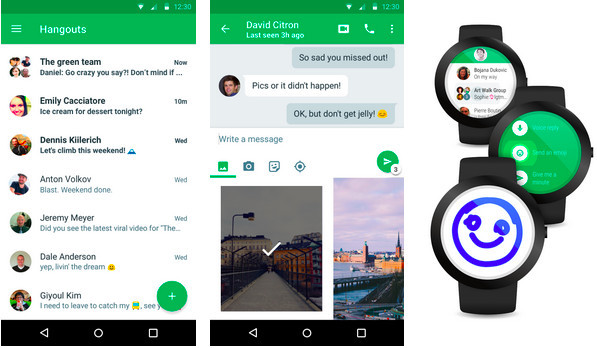 Google has updated its 'Hangouts' app for Android bringing it to version 4.0. According to Google, the updated Hangouts app has a new look, an improvement in speed, bug fixes and newly added features.

While Google didn't go in-depth on their blog post in regards to the new features, they did post a couple of bullet points for Hangouts 4.0. The app has been updated with Google's 'Material Design' that was introduced last year with Android 5.0. As a result, the app will function more fluidly due to the improved and intuitive design.

Communicating with people will be made easier thanks to the addition of the newly added 'compose' button. Lastly, Google has improved the speed of Hangouts by ironing out bug fixes and made the app more efficient, decreasing battery consumption. Below is a list from the Google blog post.

Google Hangouts 4.0 is now available for Android in the Google Play Store.