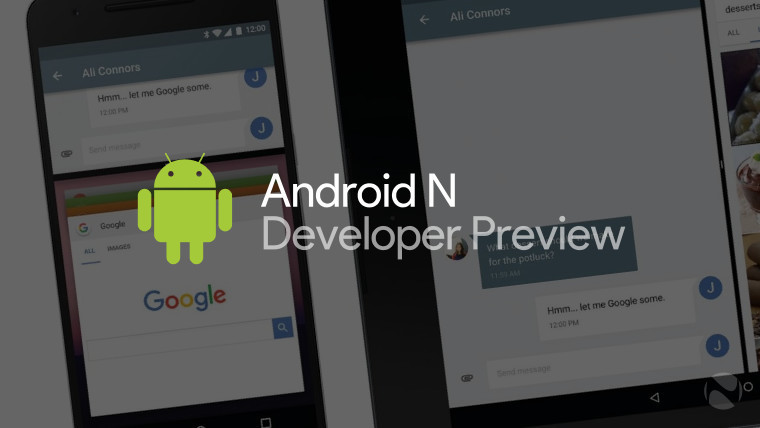 Last month, Google shocked us all by releasing the Android N Developer Preview two months ahead of its developer conference, Google I/O.

Today, a new build of the Android N Developer Preview is now available. This is the second of five previews that Google has planned before the final release.

There's quite a bit of new stuff in Developer Preview 2, despite Google's roadmap listing this as an incremental update. Next month's update is listed as the same, but the fourth Preview is listed as "final APIs and official SDK, Play publishing", which means that developers should be able to submit apps that are targeted at the new OS in June.

Anyone with a General Mobile 4G, Pixel C, Nexus 5X, 6, 6P, 9, or Player can install the Developer Preview; however, it is not recommended unless you're a developer. Also, Developer Preview 2 for the Nexus Player won't be available for a few days.

The easiest way to get the Preview is to enroll your device in Google's beta program. You can also flash the image yourself, if you have the courage.

While we still don't know what the 'N' will stand for, it does appear that the version number will be Android 7.0, thanks to the documentation of the Samsung MultiWindow SDK.