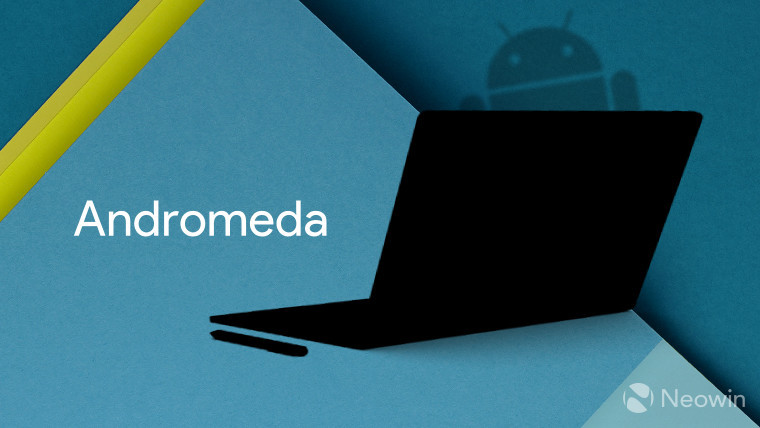 While earlier rumours had indicated that Google was working on a project that would fuse Android and Chrome OS - its two current operating systems - into a single hybrid OS called Andromeda, a new report now claims that the company has shelved those efforts.

Indeed, according to some reports, the company was even expected to announce the new OS in October last year and obviously that didn't pan out. Microsoft and Apple, Google's two biggest competitors, are increasingly ramping up their efforts to converge their mobile and desktop offerings - Windows 10 is already highly extensible and capable of working on PCs, phones, Xbox and even HoloLens. Google, however, is said to be winding down its efforts for at least one iteration of a possible hybrid OS.

According to 9to5 Google's Stephen Hall, two sources have now confirmed that the company is shelving its development of the unannounced Andromeda OS. This also means that related hardware like the 'Pixel 3' Bison laptop the company was developing to showcase the OS may also be dropped - or, at least, redesigned to work with another future operating system.

Does this mean the company is giving up on its efforts to bring together the separate, and often disjointed, experiences offered by its mobile and desktop offerings? Given the industry trend toward favoring such an approach, it's unlikely that Andromeda's demise also signifies the end of Google's ambitions in this regard. It's far more likely that the company is simply dropping one possible iteration of such a vision and, as Hall believes, concentrating on Fuchsia, the Mountain View giant's other shot at an OS that is designed with extensibility across different screen sizes and form factors in mind. Considered Andromeda's spiritual successor, Fuchsia is not an amalgam of Android and Chrome OS, however, and will be an entirely new platform.

We recently saw our first glimpse of Fuchsia's UI in action and Google seems hard at work there. It would then seem that the move to shutter Andromeda is not indicative of Google giving up on its dream of an extensible platform but is, instead, borne of a desire for greater focus. Instead of developing both Andromeda and Fuchsia - two competing products that aim to achieve the same purpose - it seems to make more sense for the company to hedge its bets on a single platform.