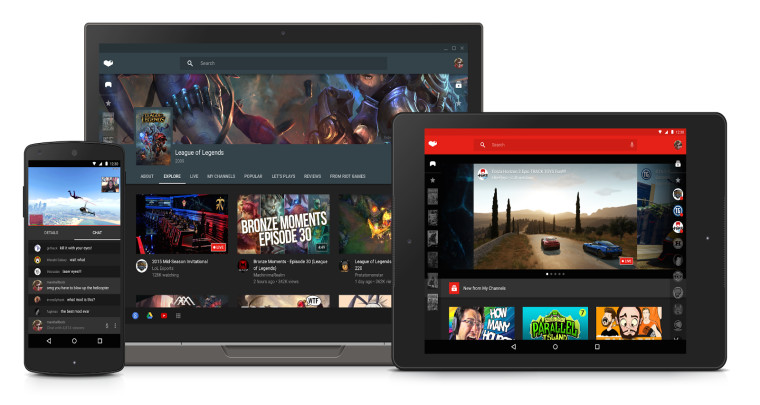 Google has announced a new service under their YouTube brand designed to go head-to-head with Twitch, the popular game streaming service. The new service, dubbed YouTube Gaming, will offer new ways, as well as build on existing features, to make managing your favorite games, channels, and broadcasts even easier.

Google's announcement comes almost a year after it failed to acquire Twitch, with Amazon emerging victorious with a bid of nearly $1 billion. With Twitch being sold to Amazon and Steam introducing its own broadcasting feature, Google's only way to get into the streaming game business would be to build one in-house.

The most important feature however, if Google wants to really take on Twitch and Steam, is live streaming. YouTube already supports 60 frame per second streaming as well as recording and conversion features for content creators. Google will build on this by allowing users to start live events on the fly without scheduling allowing for greater flexibility for gamers. To make life even easier, streamers will have a single dedicated link that will send viewers and followers directly to their latest stream event.

YouTube Gaming definitely seems like a well thought out streaming service with many compelling features for both content consumers and creators. It will be available this Summer in the United States and United Kingdom, though no specific date is mentioned. YouTube Gaming will also get its own dedicated app. Though no information on platform availability has been announced, one can safely assume from the image above that Android, Chrome, and iOS apps are in the works. If Google really wants to give Twitch a run for their money, we wouldn't be surprised if the PlayStation 4 and Xbox One got apps as well.

Only time will tell how successful Google will be at converting Twitch's massive user base. YouTube will have a booth at E3 if you happen to be in the neighborhood (or a lucky Windows Insider). You can check out the YouTube blog for more information here.