Android users who use a lot of apps might be familiar with the large amount of data frequently used by updates. Since the Play Store supports APK sizes up to 100 MB, the data consumption can be a lot in case of some apps. To reduce this data usage, Google has rolled out a new delta algorithm called Bsdiff, for the Play Store.

For app updates, the Bsdiff analyzes the difference between the installed components and the updated components available in the new APK, eventually delivering only this differential to the user. Google says that the algorithm reduces the size of the updates by up to 50% by just providing the patch, as compared to its previous delta algorithm.

Google has recommended developers to leave native libraries uncompressed in their apps, since the the bsdiff performance is hampered by compression. The new algorithm also works with expansion APKs, which can be up to 2 GBs. 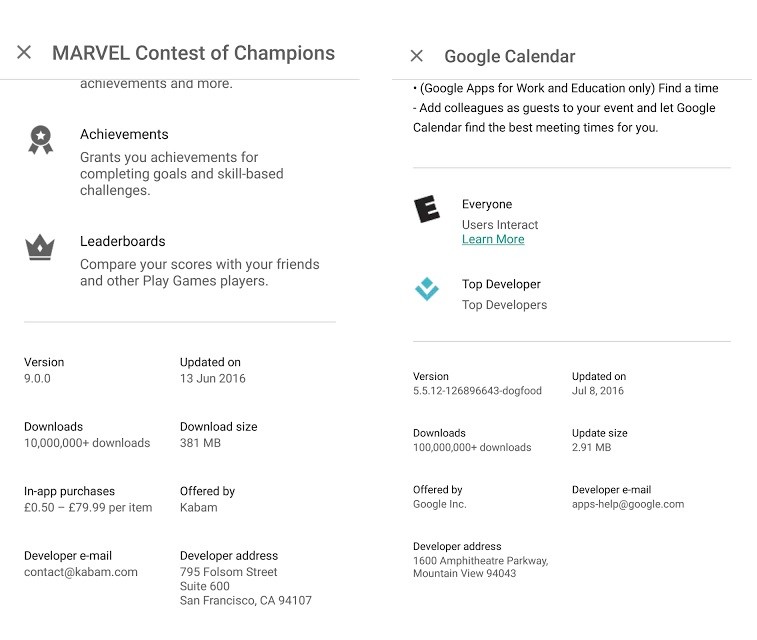 To better inform users about the size of the updates, Google has now included the "Update size" data in Play Store listings of applications. This information will be shown in case the app is already installed, while new downloaders will see the actual "Download size" in the listing.

Since the algorithm has already been rolled out, you might have already noticed faster app updates recently.