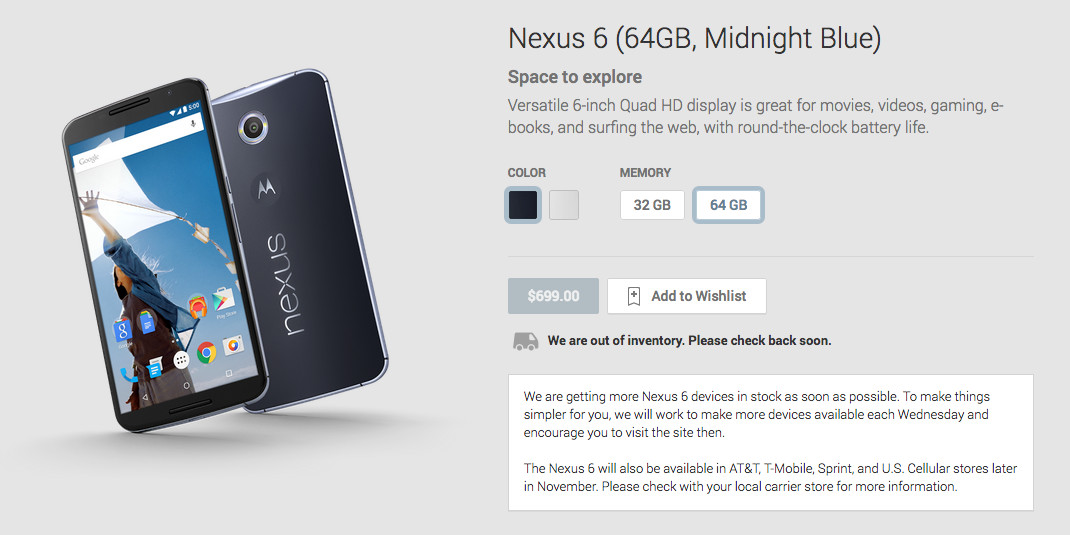 Unsurprisingly, the Google Nexus 6 pre-orders sold out within minutes last week. Luckily, Google will be restocking the handset on its website every Wednesday, giving eager consumers a chance to purchase the coveted device.

While many expected the price of the Nexus 6 to follow in line with previous releases, the device has proven to be a popular draw despite its starting price tag of $649 USD. The Nexus 6 will be one of the flagship devices offered by Google that will showcase the release of Lollipop, Google's latest version of Android.

Since Google has not released an official time of release for Wednesday, you will have to keep checking back frequently as they will eventually restock the Google Play Store.