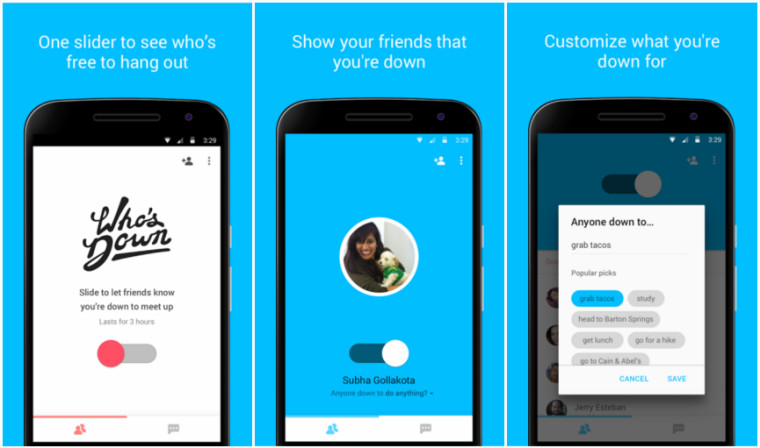 Google has rolled out a preview of an app called Who's Down that helps users make plans with friends.

Microsoft's Garage team has been developing some experimental apps lately and back in July it released an app to help friends get together called Tossup. Now it seems Google can't help itself from creating one as well, as the company has now released the Who's Down app for iOS and Android, which lets users carry out group conversations and plan real-life hangouts.

On opening the app, the user is first greeted by a toggle, using which they can let others know that they are "down" for something. After this step, the user can proceed to see the plans their friends are "down for" and start chatting with them from within the app itself. Other friends who are available can also be added to these conversations. The "down-for" toggle remains active for three hours before being reset.

The app can be downloaded from the iTunes Store or the Google Play Store and requires an invite to sign-up, but once registered, users can invite their friends to use it.

Source: Who's Down via 9to5mac | Image via Google