Two-step verification (2SV) is an important aspect of online security, and we’ve consistently recommended users turn on the feature on every service that supports it. And just in case you need another reason to use it, know that going forward Google is making it a lot easier to use 2SV with their accounts. 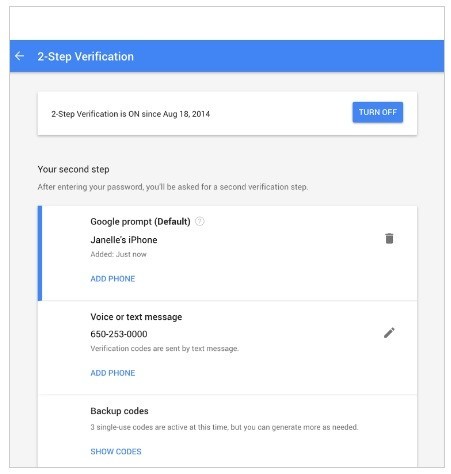 Up until now, if you relied on two-step verification for your Gmail or Android accounts, you were usually greeted by a prompt whenever you tried to log in. That prompt would require you to type in a code that was usually sent by SMS message to your phone.

But as of today, Android and iOS users have a new option when it comes to two-step authentication on Google accounts – direct push notifications. Users will no longer need to wait for a text message; instead they’ll be prompted by a push notification and all they need to sign in is to hit the “Yes” button.

To use this feature, which makes the whole process much more convenient and quick, Android users will need to make sure they have the latest version of Google Play Services installed. Then they’ll need to enable the feature by going to your Google account on the web My Account > Sign-in & security > Signing in to Google > 2-step Verification.

iOS users will need to have the Google Search app installed to take advantage of this feature. Meanwhile, Windows Mobile users are being once again left out in the cold with Google seemingly ignoring the platform.

We’re happy Google is following suit and that this feature has become a trend because it makes using 2SV much more convenient and we all know security measures need to be easier to implement for average users.