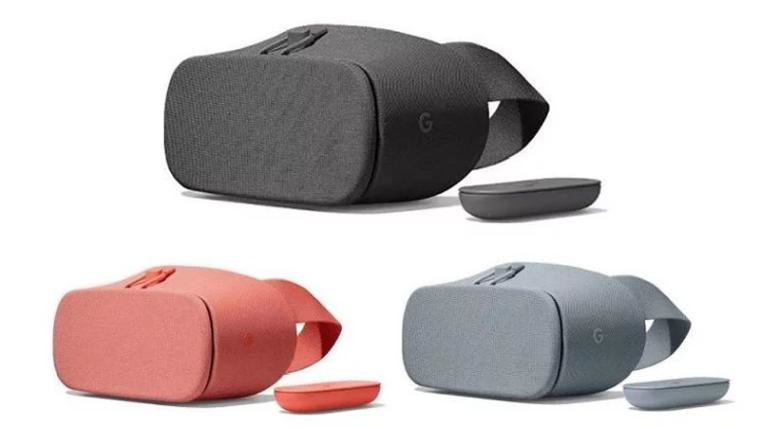 Google has revealed a newly redesigned Daydream View VR headset, and while there aren't too many changes, the new unit now boasts a bit more comfort and some different colors.

The units, which sell for $99 and can be pre-ordered starting today, now comes in charcoal, fog and coral colors, a definite upgrade from the beige and grey offered when the unit first launched in November of last year. The unit also offers better comfort for the wearer, with a different type of softer cloth, and a new strap that fits over the top for added stability.

As far as actual technical improvements, Google says the headset has new lenses for an improved field of view, and a heat sink to keep the phone cooler to allay any fears of overheating.

The device is now compatible with a dozen Android smartphones, including Samsung's Galaxy 8S handsets, the upcoming LG V30, the ASUS ZenFone, the Moto Z phones, the Huawei Mate 9 Pro, as well as Google's own new Pixel 2 line.

The new Daydream View will launch in the United States, Canada, the UK, Germany, Australia, India, Italy, France, Spain, Japan, and Korea on October 19, and if you purchase the new headset, you will get a special bundle of games to go with it. The View will now have more than 250 apps available for it, up from an original 25 when it launched last year.