Back in March we heard rumors that Google Voice was to be sent to the great graveyard in the sky, as with many other Google "Labs" or features the company feels didn't quite make the cut, but with the added bonus that the functionality would be added to Hangouts instead as a VoIP option. So not quite a "true death" for the service as a whole.

Now we are hearing that they are finally rolling out the VoIP feature to Hangouts, still under the "Google Voice" moniker. 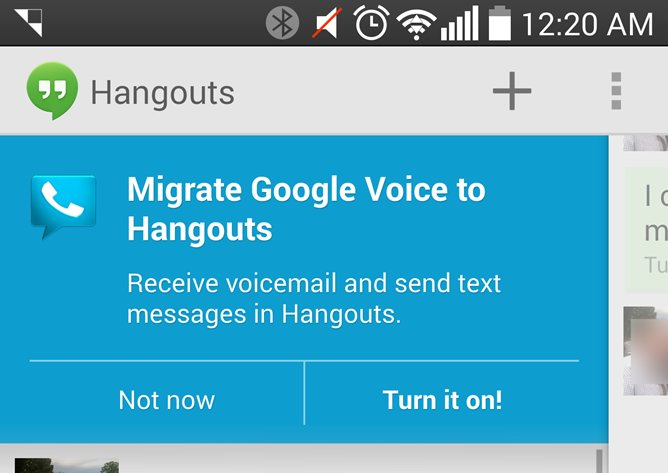 Users are beginning to see the above option appear on their devices when opening Hangouts, prompting to migrate Google Voice to enable voicemail and text messages via a popup in the conversation list.

According to the Android Police website, they may have flipped the switch too soon for the service, as parts of it are still a bit buggy. Receiving text and SMS messages sent to your Google Voice number will appear in Hangouts (on desktop and mobile) just fine, but replying gets stuck on "sending" as you can see from the screenshot below. 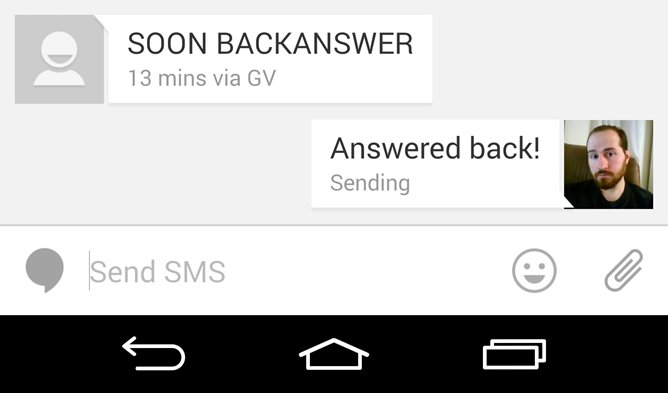 Messages sent will show inline as "via GV" to let you know it was sent to your Google Voice number. It's also worth noting that if you turn on Google Voice integration, the Voice app will stop receiving messages—everything will go straight to Hangouts. The Voice website will also be updated with a notice that texts and voicemail are being routed to Hangouts instead, and the Voice Chrome extension will still be able to send SMS, but it won't receive them anymore. 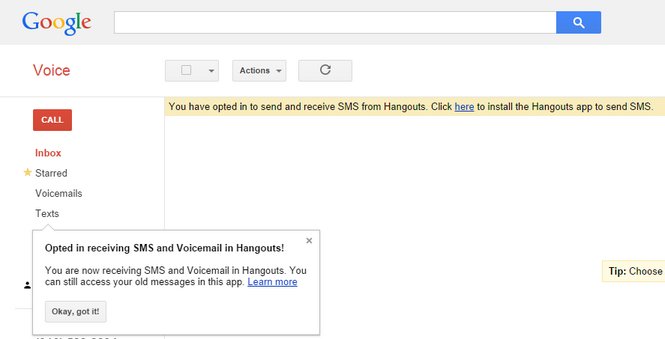 Google Voice integration into Hangouts replaces the need for the above.

Google is apparently updating its services sometime today, so the aforementioned bugs --including not being able to see which Voice number you're chatting with, may be ironed out before you get a chance to experience them. If you use Hangouts and Google Voice services at all, check out if this option is available to you by opening the Hangouts app on your device, if you aren't prompted, you don't have it yet.