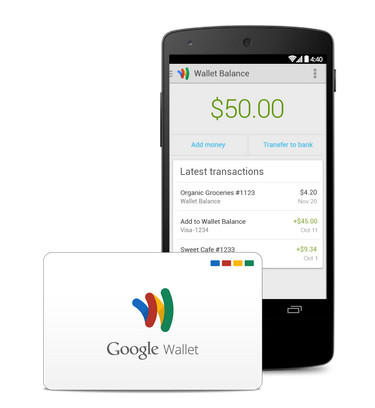 Google announced the availability of the Google Wallet prepaid debit card today, Wallet users can perform transactions at millions of MasterCard enabled outlets without the need of a compatible smartphone.

Wallet service was launched by Google in 2011 in order to enable payments on NFC enabled smartphones using MasterCard's PayPass systems. Users are able to store money in Google Wallet accounts and can use the account for online transactions as well. Now, Google has launched the Wallet debit card to expand the usage of the service to more outlets than the ones having only PayPass systems.

The newly launched debit card works just as traditional debit cards, allowing users to perform online and offline transactions as well as cash withdrawal from ATMs. Wallet PIN acts as the ATM PIN and withdrawals are currently capped at $5000 per day. Google also mentions that some ATM companies may levy an additional charge. Users will be notified on their phones with transaction details when the card is used. There are no activation and monthly fees for the card.

Google Wallet users in the US can order the Wallet debit card using the Wallet Android app which is currently being rolled out, or through their web based account. Registered users can expect the card to be delivered to them in 10-12 days.