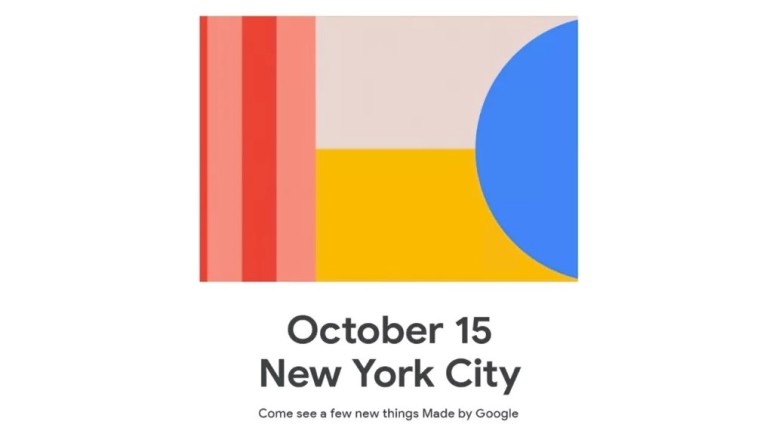 Just like last year, there's not a lot that isn't known about Google's Pixel 4 smartphone ahead of its official announcement, but Google is having an event for it nonetheless. The company has invited members of the press to a hardware event on October 15 to "see a few new things Made by Google".

Google already tried to get ahead of the leaks by revealing the rear design of the Pixel 4 well before it was formally announced, but information has still trickled through from many different sources. We already know the phone will use some form of facial recognition, as well as touch-less hand interaction using Google's Soli sensors. We've also seen some of the color schemes the phone will come in, camera samples, and rumors point to the inclusion of a 90Hz display - a notable omission in the latest phones from Samsung and Apple.

In addition to the Pixel phones, it's expected that the company will announce a new Chrome OS-powered laptop after last year's Pixel Slate failed to take off. The company has said it won't be focusing its hardware efforts on tablets going forward, so it's most likely we'll see something closer to 2017's Pixelbook.

Other potential news include refreshed Google Assistant-powered speakers, which haven't been refreshed for a while. The Home Max and Home Mini were introduced in 2017, and the regular Google Home is turning three years old this year.