Google's messaging services have traditionally failed to gain traction, especially because the company keeps giving up on them. However, for quite some time now, the company has been betting on Rich Communication Services (RCS), a supercharged version of the SMS messaging, and after it discontinued Allo, the firm specifically stated that's where its focus would be going forward.

The big problem with that is that, while most carriers seemed to agree that typical SMS messaging was due for a replacement, not a lot of them have enabled support for it over the years, and so Google has still been waiting for that capability to be available to many of its users. According to a new report from The Verge, though, that's set to change soon.

Starting later this month, Google will take the wheels of its RCS feature in the Android Messages app, which it refers to simply as Chat, and make it available to users in the UK and France. This means users will be able to opt into the improved communication system, which allows for higher-quality media files to be shared, includes typing indicators, and more. It's not currently clear when Google will take a similar step in other parts of the world, but it's good to see the company taking charge to some degree. 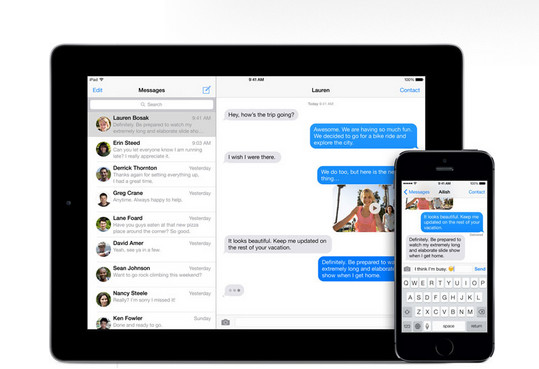 The closest equivalent of RCS that's currently available is Apple's iMessage, which is enabled by default for iOS users, but Google will require that users specifically join the service. Also differing from Apple's offering is the lack of end-to-end encryption, a feature that's become fairly common in modern messaging apps, but Google says it's committed to finding a solution for its users. You also won't be able to use just your computer for texting using RCS as you can with iMessage, and the web version of Android Messages will still rely on your phone.

Of course, until Google takes this step in other countries, most users won't be using its RCS features anytime soon. Additionally, Apple's iMessage isn't built on the RCS Universal Profile, so the services won't work with each other, either. Nonetheless, any progress is better than none, and RCS could eventually improve the default messaging experience for many users.