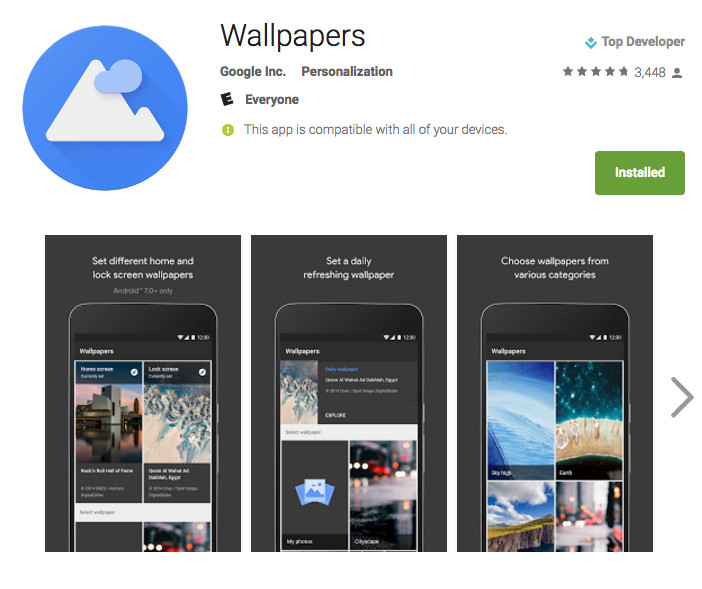 There is something slightly satisfying about waking up to a brand new wallpaper every day. While Microsoft has implemented this feature for quite some time on Windows devices, it looks like Google will finally bring the feature to Android handsets via its new app, Wallpaper.

The wallpaper feature was first seen on Android devices with the debut of Google's Pixel and Pixel XL. Now, those who don't own the company's latest devices can still get a fresh new wallpaper automatically downloaded to their handset courtesy of Google's app. Although currently searching the Google Play Store doesn't yield a result for the Wallpaper app, it can be downloaded via the source link below.

As expected, the app is fairly simple, allowing users to choose from several categories of images that range from Earth, Landscapes, Cityscapes, Textures and more. The categories and images are presented with large thumbnails, making it easy to see what you'll be getting. Once you have selected your category, you can also set to have the app automatically download a new wallpaper for your device daily.