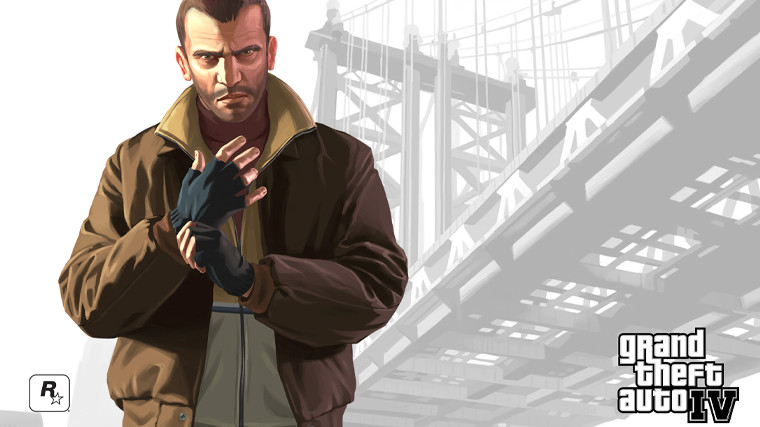 Last month, Rockstar pulled the PC version of Grand Theft Auto IV from sale, barring any new users from purchasing the game from Steam and other digital key stores. The company later revealed the reason behind this, stating it couldn't generate new activation serial keys due to Games for Windows Live being defunct.

Now, over a month after the incident, Rockstar has finally given an update on what is happening with the title. It seems the game will return to being on sale starting on March 19 and it will arrive as the Grand Theft Auto IV: Complete Edition, heading to Steam and the Rockstar Games Launcher, among other places. This new edition will replace both the original base game version as well as the Episodes from Liberty City standalone expansion set - which hadn't gotten hit by the serial key incident just yet.

Anyone who owns either of these classic editions will get a free upgrade to the new Complete Edition, granting them any and all of the missing content. Episodes of Liberty City owners will see a 22GB update when this change hits, while Grand Theft Auto IV players will find a 6GB update waiting for them. All existing save files will remain compatible also.

However, some major features will not be available in this new version due to Games for Windows Live being stripped from it. Grand Theft Auto IV: Complete Edition will lose all of its multiplayer functionality alongside leaderboards. At the same time, the RamJam FM, Self-Actualization FM, and Vice City FM radio stations will be removed, though Rockstar says this will be a temporary measure. We could see these stations return with some songs missing in the future.

Although the free upgrade and the return to stores are very good news for those who haven't yet experienced this Grand Theft Auto adventure in its entirety, the multiplayer removal could be a bit of a sore point. According to the active player numbers on Steam, Grand Theft Auto IV peaks at around 850 concurrent players every day, while Episodes from Liberty City comes in at about 200 at peak.