Microsoft is set to release a beta version of Windows Phone 7 Connector for Mac on October 24.

The connector will allow Mac users to sync their Windows Phone 7 devices with iTunes and iPhoto. Neowin has been able to take an early look at the beta software and can confirm the beta is very stable and functions well. Windows Phone 7 Mac users will be able to sync Music, Videos and Photos to their phones.

The Windows Phone Connector sits on top of Apple's iTunes/iPhoto for Mac and interacts with both software programs using public APIs. Microsoft says it has not had to work with Apple in order to implement the connector. The install package is extremely lightweight at only 1.5MB. The application will also receive regular updates in the future. It's not designed to replace the Zune experience from the PC and we hope that Microsoft considers writing a full Zune application for Mac in the future.

At a Windows Phone 7 reviewers workshop, held last week in London, Microsoft's Head of UK Consumer Windows Phone Marketing, Oded Ran, confirmed a public beta will be released on October 24 and a full release will be available "later this year". 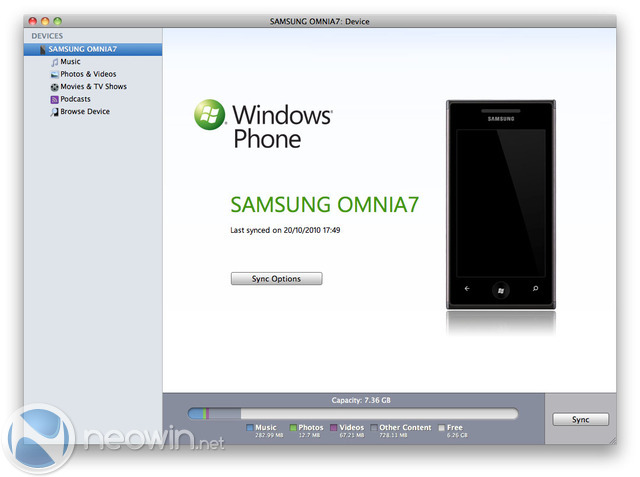