Yesterday at an event in Manhattan, Google announced the Pixel 3 and Pixel 3 XL phones. With all of the hype around the handsets, you might have forgotten about the Pixel Slate, the firm's first Chrome OS tablet.

It seems like it's the Surface Pro of Chrome OS, with a 12.3-inch display and an attachable keyboard. There are some key differences besides the OS though, such as the lack of a kickstand. The screen resolution is 3,000x2,000 as well, which is higher than a Surface Pro and the same as a Surface Book 2, although the pixel density is higher given the smaller screen.

The lack of a kickstand means that the folio keyboard cover is how the device stands up. It's pretty innovative too, as you can use it to place the display at just about any angle. This is rare for a folio cover, which typically forces you to use one or two preset angles.

You'll notice that the pen is sitting on the keyboard, and that's because there's no built-in way to store the pen. That's right; there's no pen loop, no magnet, and so on. This was disappointing, as tablet PCs are meant to be taken on-the-go, so you really should be able to attach the pen to it somehow.

And then there's the big test: lappability. I've never been a fan of Microsoft's Surface Pro in terms of being able to use it on my lap. I thought that the folio cover would provide a broader base surface area and be more comfortable. Sadly, there are some design issues here that made it a bit hard to use.

The problem is that you need giant legs for it to be comfortable. The keyboard is simply too big to fit comfortably. I feel like this could have been fixed, once again, with magnets that prop up the keyboard. This is how Surface solved the problem with the Pro 3.

One thing that Google nailed with the Pixel Slate is that if you don't like the keyboard that the firm offers, you can get one from a third party. There's only one third-party keyboard available at launch (made by Brydge), and it pretty much turns the tablet into a laptop.

Another cool thing about this keyboard is that it has an additional USB Type-C port, something that's lacking on Google's folio keyboard.

Some speculated that the round keys on Google's keyboard wouldn't be comfortable to type on. I didn't find this to be the case at all. I sat and typed on this keyboard and I thought it was great. It's not very lappable, but if you've got a desk, it's pretty good for an attachable cover.

The Pixel Slate itself is a beautiful tablet. It's thin at 7mm, and the 3,000x2,000 display is stunning. There actually aren't a lot of tablets with such a pixel density, and Google demoed videos at 8K 60fps on it. It looked amazing, with vibrant colors and a smooth frame rate. 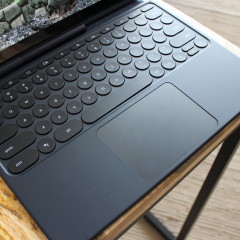 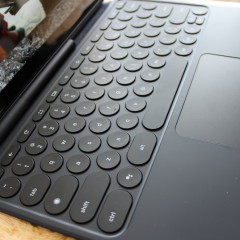 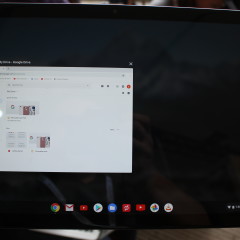 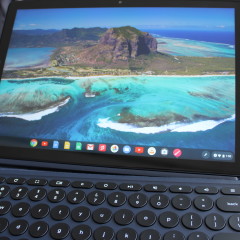 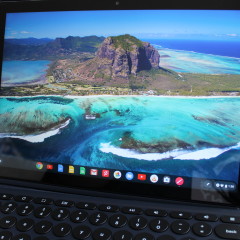 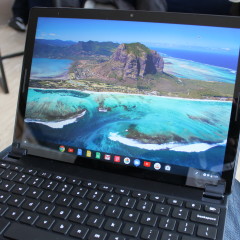 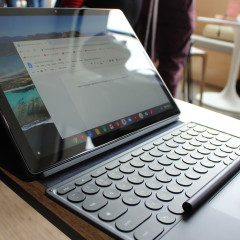 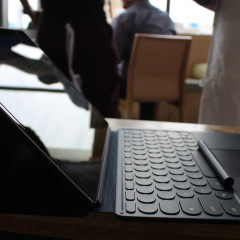 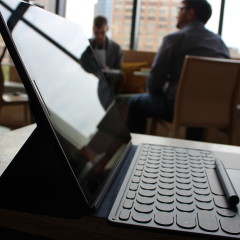 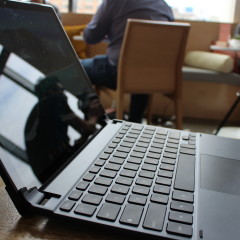 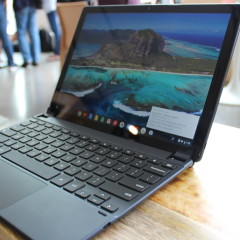 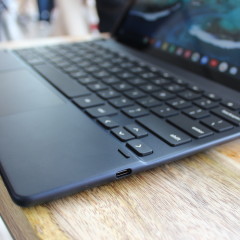