Much of HP's CES announcements have to do with the displays it's using in its products, and it's kind of a big deal. For one thing, the firm announced new products from its Elite lineup of commercial PCs, and those devices are the first to have the third generation of HP's Sure View privacy displays.

Most notably, Sure View Gen 3 works on 4K displays for the first time. Unfortunately, while HP did confirm this, it didn't actually announce any products that come with 4K resolution. There's a laptop and an all-in-one from the 800 series, and a monitor too, which is pretty cool because now you can bring Sure View to a non-HP PC.

The other big change in Sure View Gen 3 is that it's dark, rather than white. The idea behind Sure View is that people can't look over your shoulder and see what you're working on.

I don't know that I can say that one works better than the other. One thing about it fading to black instead of white is that the text on the screen does seem more legible while looking on an angle. On the other hand, it's also more legible when you're looking directly at it. One of my biggest complaints about Sure View has been that when it's on, it's actually hard to work, even when you're right in front of it. Luckily, HP has added more brightness control since then.

HP also introduced an AMOLED version of its 15-inch Spectre x360. This thing is absolutely beautiful.

There's just one problem though. The AMOLED display only comes on the model that has a Whiskey Lake U-series processor and Nvidia GeForce MX150 GPU. If you want the H-series processor and the GeForce GTX 1050 Ti GPU, you'll have to get an LCD. I'm told that the reason for this is that OLED simply uses more power, and with the increased power consumption of a 45W CPU and the more powerful GPU, it just wouldn't make sense.

This is actually the same reasoning that Lenovo gave when it ditched OLED in its ThinkPad lineup in favor of Dolby Vision. OLED is not good on battery life, as it's brighter than an LCD. The good news is that we're seeing more OLED PCs than we traditionally have at CES, so hopefully this is a problem that OEMs are working on.

The AMOLED Spectre is beautiful though. Here's a picture of it next to another 4K model, but with an LCD.

It's clear that the colors are brighter and more vibrant on the AMOLED model.

One more thing that HP did with regards to displays at CES is the OMEN X Emperium 65 monitor, which is a 4K 65-inch gaming monitor.

Along with the 4K resolution, it comes with up to a 144Hz refresh rate, and a sound bar. 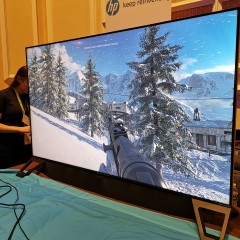 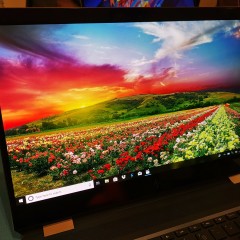 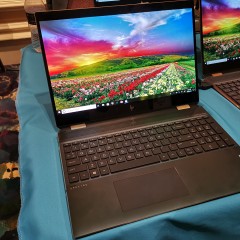 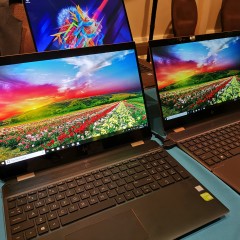 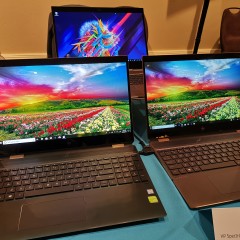 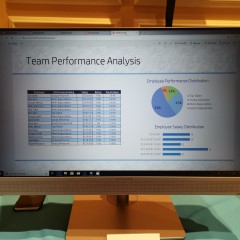 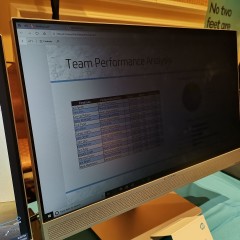 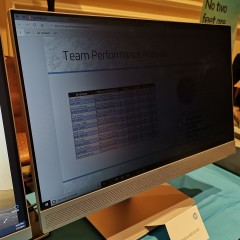 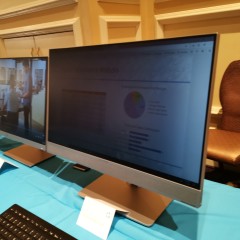 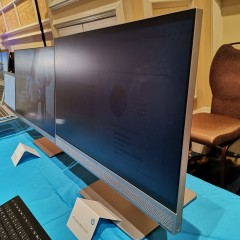 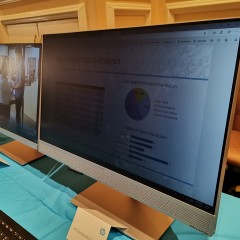 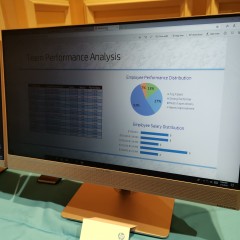 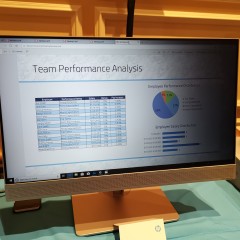 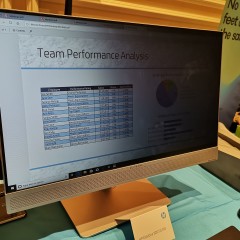 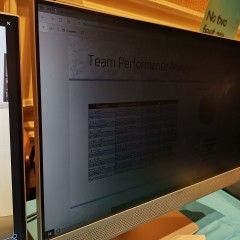 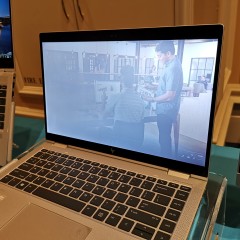 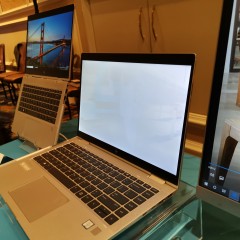