Back in February, Huawei announced the Mate X, its attempt at a foldable smartphone. Since then, it hasn't yet been sold; according to one report, it's not coming until November.

I got to spend some time with the handset in Shenzhen this week, although it's not the first time that the Mate X and I have met. The P30 Pro shown in images is courtesy of Helena Stone of GEEKSPIN, and the hands are courtesy of Judie Lipsett Stanford at GearDiary.

Unlike Samsung's attempt at a foldable, which also hasn't released, Huawei put the screen on the outside. When it's folded, only half of it is lit up. When you unfold it, there's an animation to fill up the larger screen.

It doesn't fold completely in half though; there's actually a border on one side. That border includes three camera lenses, a flash, and a button to release the device to be unfolded. While it solved the problem of camera placement, it's also just comfortable like holding a Kindle Oasis.

What's cool about Huawei's method of putting the screen on the outside is that when it's closed, it looks like a regular phone. Samsung's Galaxy Fold has a separate screen on the front that's smaller, so you still have to take the extra step of opening it for even a full smartphone experience. With the Mate X, you only have to open it if you want more than what you see.

That brings us back to camera placement, because if you want to take a selfie, the inner screen can light up. This is particularly interesting because you don't need a secondary front-facing camera sensor. Now, you're using the full power of the rear camera for your selfies, rather than a lesser sensor.

And the cameras have been upgraded since the Mate X was first announced. Rather than sensors on par with a Mate 20, it's now using similar sensors to the P30. The sensor uses RYYB instead of RGB, offering incredible low-light performance.

The internals are bumped up as well, using Huawei's unannounced Kirin 990 chipset. This is the SoC that will be used on the company's upcoming Mate 30 series of handsets. 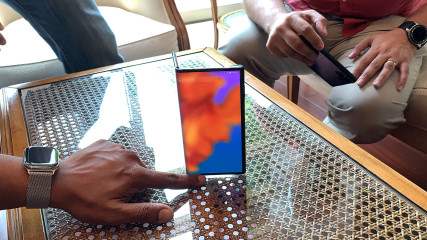 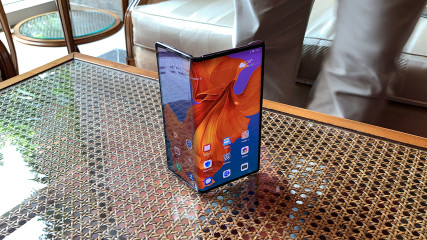 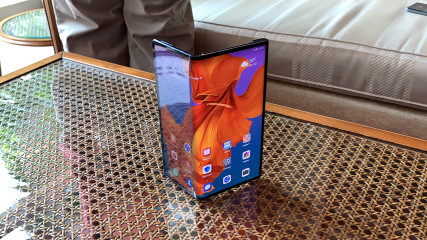 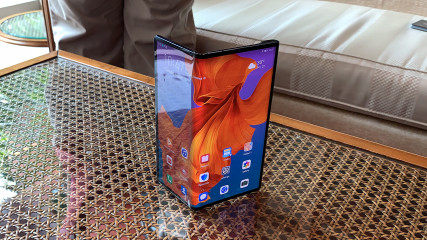 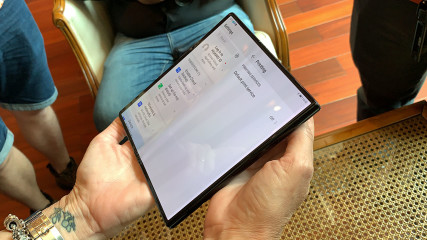 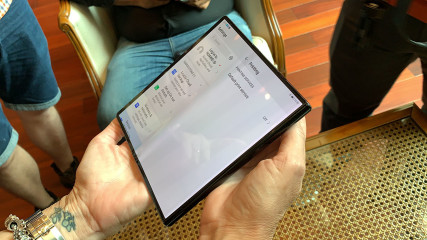 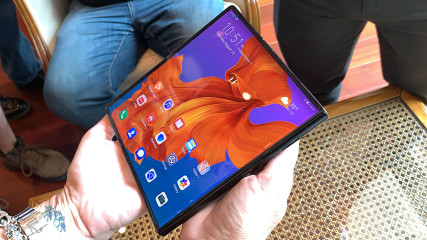 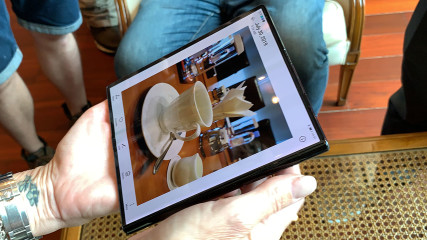 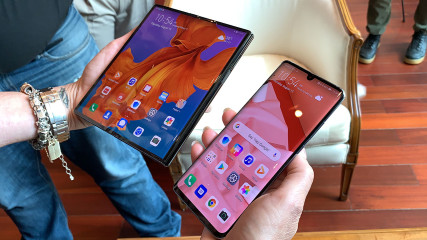 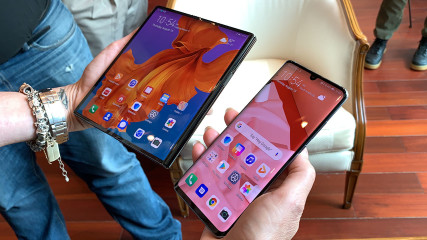 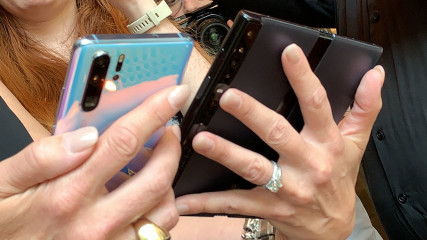 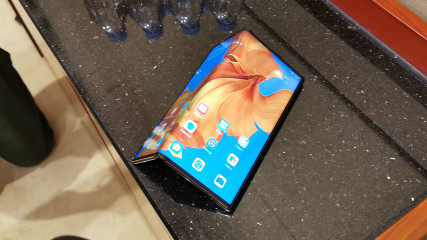 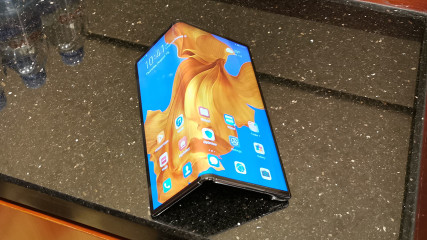 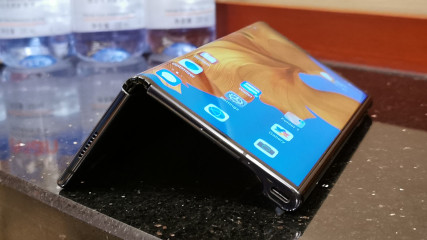 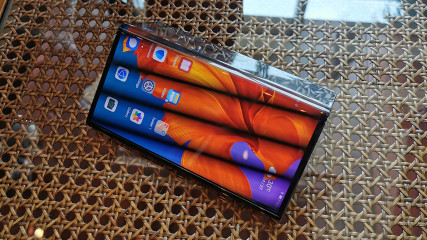 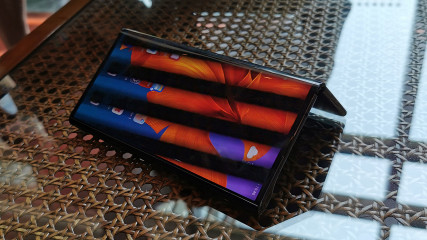 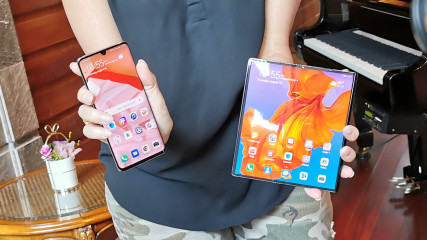 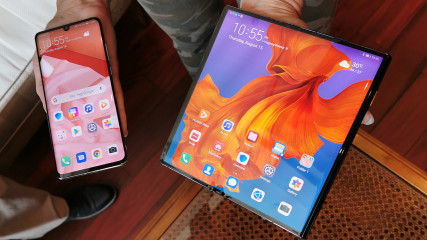 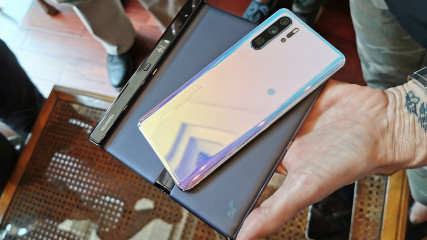 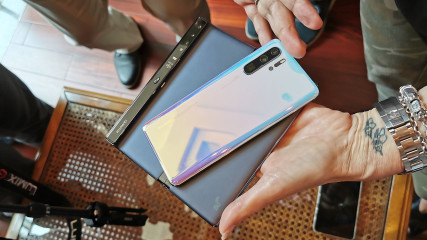 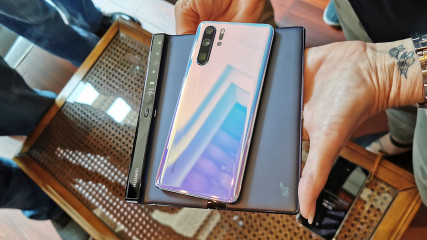 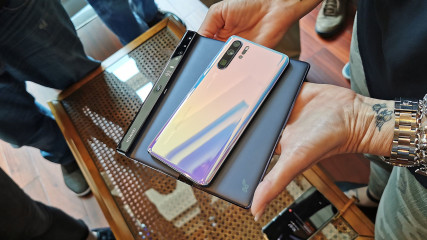 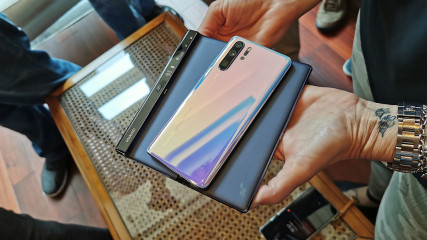 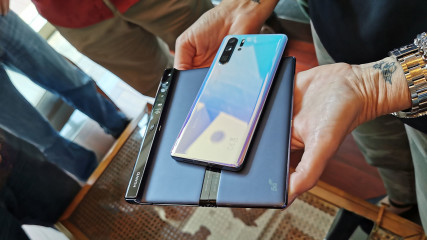 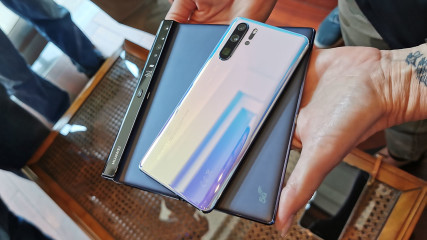 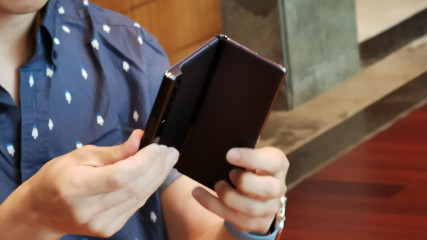 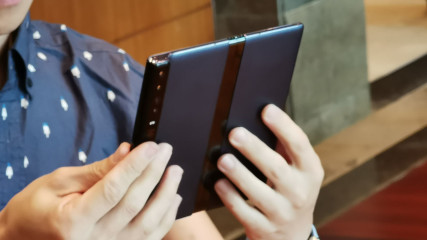